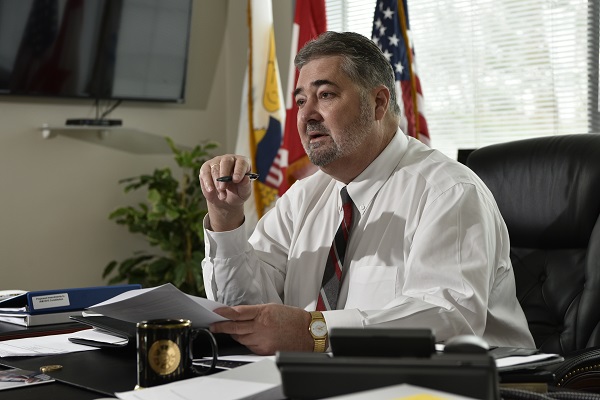 When NAFTA was passed in Congress, over our strong objections 24 years ago, workers in the U.S., Canada, and Mexico were told that it would be good for them.

NAFTA has cost hundreds of thousands of jobs, as U.S. companies shift production to Mexico, a country that has repeatedly failed to honor fundamental human rights, like the right to form a union or be free from discrimination.

If we only consider the number certifications for Trade Adjustment Assistance that have been filed, over 900,000 U.S. jobs have been lost due to NAFTA.

Since NAFTA was implemented, aerospace companies and their suppliers have moved to Mexico to take advantage of weak laws and a workforce that is paid around $3.00.

There are now over 35,000 aerospace workers in Mexico.

Some of the earliest victims of NAFTA were IAM members—like the over 1,200 loyal workers at Maytag’s Galesburg, Ill., plant who lost their jobs when Maytag fled to Mexico.

While we are heartened, that after all of these years, NAFTA will be renegotiated, we urge U.S. negotiators to adopt our suggestions for improving it.

To begin with, any renegotiation that starts off with the current trade template found in TPP is unacceptable.

Labor provisions, rules of origin, special corporate courts that undermine important food safety and environmental protections, and many other provisions in TPP fall far short of the substantive changes that need to be made in order for trade agreements to begin benefiting working families.

These provisions must be changed so that multinational corporations cannot continue to profit from the advantages of a trade agreement while workers suffer stagnate wages and economic insecurity.

Too many U.S. companies are all too willing to move our manufacturing jobs to countries that do not respect fundamental human rights.

NAFTA serves as a green light for U.S. companies to continue outsourcing our vital manufacturing sector—and with it—our economic future.

Renegotiation of NAFTA represents an opportunity to get trade policy right.