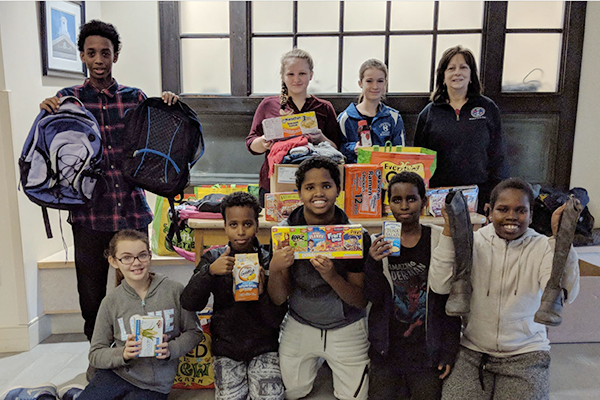 Topsham, ME IAM Local S89 recently participated in a drive to collect food, winter clothing and backpacks for children in need attending Lewiston Middle School. The local includes the paralegals of the law firm McTeague-Higbee and government employees of Bath, Harspwell, Topsham and Wiscassest, ME.

“Nothing can match the feeling when we arrived to deliver the donations” said Local S89 President Elect ­­­­­­­­­Carol Sanborn. “The smiling, and eager kids who greeted us and helped with unloading the goods made the small effort it took to collect them well worth it. And knowing we are making life just a little bit better for some of these children really warms your heart.”

“Many thanks to the members of Local S89 for these donations to such a worthy cause,” said Eastern Territory General Vice President Jimmy Conigliaro, Sr. “Assisting kids during the holidays is much more than just the spirit of giving. By donating these items they are literally giving these children the tools they need to succeed not only in school, but also in life. Making a difference in a child’s life is one of the most rewarding things union members can do in our communities.”