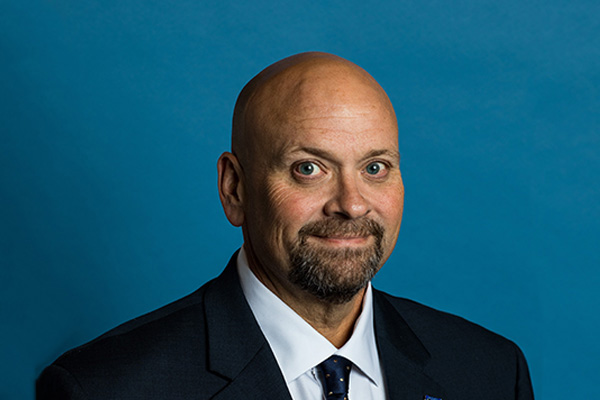 IAM International President Robert Martinez Jr. has announced the appointment of Craig Martin to Chief of Staff of the Southern Territory. Martin replaces Chief of Staff Jeff Smith, who was appointed Special Assistant to the General Vice President on January 1, 2021.

“Brother Craig will be a great asset to the IAM and particularly the Southern Territory,” said Southern Territory General Vice President Rickey Wallace. “Craig has the leadership qualities and deep roots in the South to be an effective leader for our Territory and our Union. He has the experience of working with many of our Locals and Districts during his time as District 161 DBR and a GLR. I look forward to working with another dedicated trade Unionist who is committed to improving the lives of our members and growing our Union.”

Martin attended the Industrial Machine Shop Program at Sowela Technical Community College and began his career at PPG Industries in Lake Charles, LA as a machinist apprentice. He got involved right away and worked his way from Shop Steward at Local 470 to eventually taking on the position of District 161 Directing Business Representative in August 2008.

Former Chief of Staff Smith will retire later this year after over 40 years in the IAM. He served as the Southern Territory Chief of Staff since January 2010.

“Brother Smith has served our Union with distinction and a dedication that has earned him the admiration of his peers,” said Wallace. “Jeff is known throughout our organization for his work ethic and intellect, and has been a mentor to myself and many others across our Union. He will be sorely missed.”

Smith joined the IAM in 1980 as a member of Local 2003 at Fort Rucker, AL, where he worked as an aircraft mechanic. In addition to numerous responsibilities at the local level, Smith was elected Business Representative for District 75 in 1998. He was appointed to the Southern Territory staff in 2004 and specialized in handling NLRB cases for the Southern Territory office.