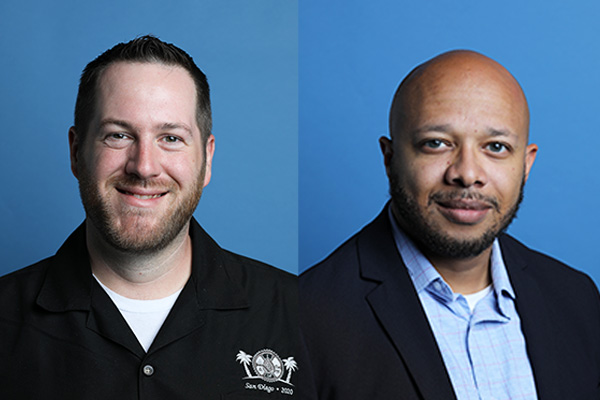 Olson, formerly the secretary-treasurer for IAM Minneapolis District 77, will be tasked with duties in social media and website and app development. Richardson, an award-winning professional journalist, will assist with media relations and authoring IAM publications such as iMail and the IAM Journal.

Olson started as an IAM Local 737 member in August 2001, when he began as a vehicle runner at Inver Grove Ford in Inver Grove Heights, MN.

He progressed through multiple positions and became a journeyman automotive technician. In January 2015, he was elected shop steward and in May 2015 he was elected local Secretary-Treasurer. In 2016, he served on the St. Paul Automotive Dealers negotiation committee.

In May 2016, Olson was elected District 77 Secretary-Treasurer, a post that tracks District and Local membership records and handles the accounts and finances of the District.

Olson has attended web development classes at the Winpisinger Center, and his District Lodge website has won several IAM Communications Awards for his work.

As for Richardson, he has more than 15 years experience as a news reporter. He joins the IAM after five years at Bloomberg Law, where he reported about workforce policy, trade and labor unions.

Richardson has also held reporting positions at newspapers such as the Charleston (SC) Post & Courier, the Morning Call, the New York Law Journal and the Baltimore Sun. He also interned for the New York Times and the Boston Globe.

Richardson won state and national awards for leading the Call’s team reporting coverage of Mack Trucks relocating its headquarters from Pennsylvania to North Carolina in 2008.

“Both Ross and Ty bring a great deal of experience and talent that will prove extremely valuable to the IAM’s Communications Department,” Martinez said. “We are very fortunate to have them joining our team at headquarters, and I look forward to seeing them flourish in these new positions.”