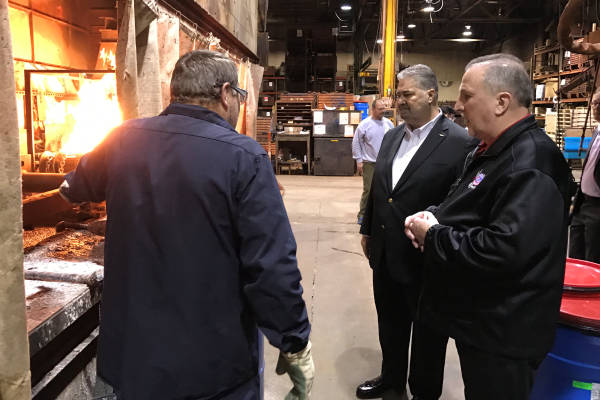 Peerless is home to more than 160 IAM members and has enjoyed a more than 50-year labor-management partnership with the Machinists Union. 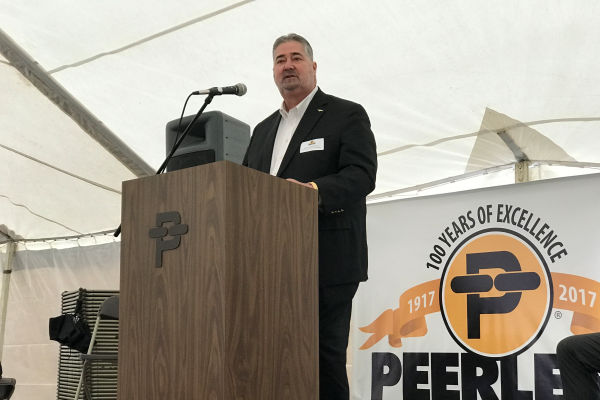 “It’s an honor to be here today,” said Martinez, who was invited to speak at the special event, along with several other special guests. “I’m glad to be celebrating this achievement alongside Midwest Territory General Vice President Phil Gruber and my Brothers and Sisters at IAM District 66 and Local 1030.”

“There’s a saying I’m sure you all are familiar with,” continued Martinez, “‘A chain is only as strong as its weakest link.’ You all are a chain of strength. That strength is thanks in large part to the cooperation between Peerless and the Machinists Union. Sure, we’ve had our disagreements along the way. Any relationship does. But we sit down together—with mutual respect—and we work them out. That cooperation has been beneficial for everyone. We’ve worked together to make Peerless the largest chain producer in North America and the third largest in the world. That’s a point of pride for our union. Thank you for allowing generations of Machinists to have a better life and build such great products. I look forward to the next 100 years.”

The Winona-based chain manufacturing company was founded in 1917 by three brothers who began making chains in the back room of a butcher shop. Today, IAM-represented members at Peerless make chains for everything from simple tire chains, fire hydrants, U-Haul trailers, handcuffs and swingsets to those used on large-scale tuna fishing boats, aircraft carriers, transport planes and helicopter slings.

Peerless’ chains were also used in some of the most high-profile world events in U.S. history. 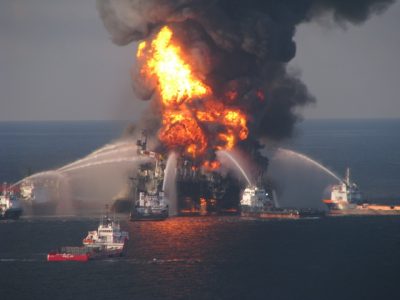 When a BP oil rig leaked over 130 millions of gallons of oil into the Gulf of Mexico in 2010 – the largest oil spill in history – it was IAM Local 1030 members at Peerless Industrial Group who helped build the more than one million feet of chain needed to weigh down oil booms during the clean-up.

“When a BP oil rig leaked over 130 millions of gallons of oil into the Gulf of Mexico in 2010 – the largest oil spill in history – it was Local 1030 members at Peerless who helped build the more than one million feet of chain needed to weigh down oil booms during the clean-up,” says Gruber. “IAM members put in more than three weeks of overtime to help in that effort. When the statue of Saddam Hussein came toppling down in the center of Baghdad in 2003, it was Peerless chain, created by our members, used to pull that statue down. IAM Local 1030 members are heroes in their own right. And so is Peerless – a company with small town roots that makes a good, quality product right here in the United States. Together, labor and management have created a 100-year product that Americans can be proud of.”

“My father (recently retired) and my uncle have worked at Peerless since before I was born,” said Kamrowski. “I was very proud to have had the opportunity to work 16 years out of Peerless’ 100-year history. Sixteen years is a small drop in the bucket compared to members who have worked there for as many as 50 years.  Both our members and management personnel at Peerless all take great pride in what they do every day. Congratulations to Peerless and IAM Local 1030 members on your 100-year accomplishment.”