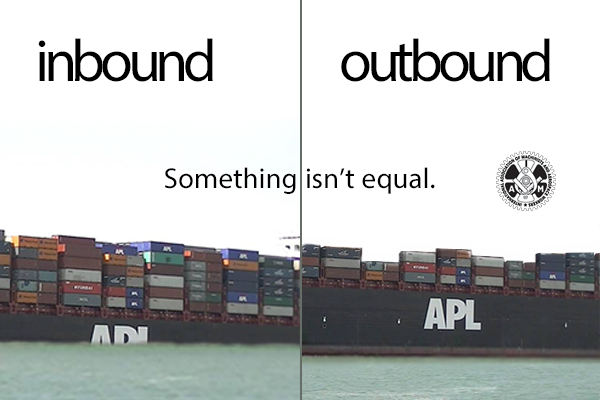 This past Friday the White House issued an executive order that authorizes a large-scale research study of the nation’s trade deficit. The IAM has advocated for American manufacturing and fair trade for many years.

“A serious and effective response to our growing trade deficit is long overdue,” said IAM International President Bob Martinez. “Far too many countries do not play by the rules by ignoring fundamental human rights for workers, manipulating currency and demanding the transfer of production and technology. These actions add to our unacceptable trade deficit, which is threatening our industrial base and American jobs.”

Growing deficits translate into unnecessary closing of U.S. factories and the loss of American jobs, despite being the most productive workforce in the world.  The IAM is encouraged that the administration is taking a serious look at an issue that affects so many of our members.

As one of the largest industrial trade unions in North America, representing nearly 600,000 active and retired members, the IAM will continue the fight to create new fair trade and economic rules. It is our hope that this study leads to trade policies that ensure fair pay and safe, healthy working conditions.