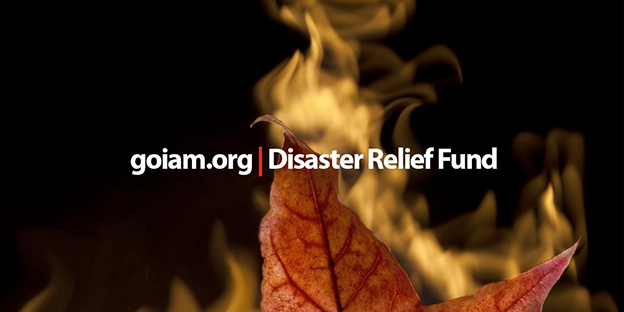 The devastation left behind by the wildfires that tore through Fort McMurray in Alberta, Canada last month is greater than previously reported. The fires forced the evacuation of nearly 90,000 residents, left behind the charred remains of roughly 2,400 buildings and will end-up costing billions of dollars.

Among those displaced were over 600 IAM members who work and live in Fort McMurray and the surrounding area. Nearly six weeks later, many of those brothers and sisters are still displaced, not yet allowed to return to their homes—many until September—and are in the process of trying to pick up the pieces and figure where to go from here.

Click here to help Brothers and Sisters affected by the Fort McMurray fire by donating to the IAM Disaster Relief Fund.

“It was absolute chaos. People had to leave so fast they didn’t get to grab anything,” said Mandryk. “Many left only with what they were wearing. We have members who lost absolutely everything. Homes, vehicles, clothes, pictures, their kids’ artwork and all their memories.”

Many of those members are staying with family and friends and have yet to return to work. They are left with no income or belongings. Not only have they lost their possessions, some are even facing the threat of a layoff.

“Many members and families have not only lost their entire homes but have yet to be allowed to peruse their belongings,” said IAM International President Bob Martinez. “We take pride in coming to the aid of our Brothers and Sisters. We have been there and will continue to be there in times of need.”

Donations can be made payable to “IAMAW Disaster Relief,” and mailed to the IAMAW, Rm. 117A, 9000 Machinists Place, Upper Marlboro, MD 20772. Click here to donate online.

If you have any questions, or require additional information, please contact General Vice President Diane Babineaux’s office at 301 967-4505.