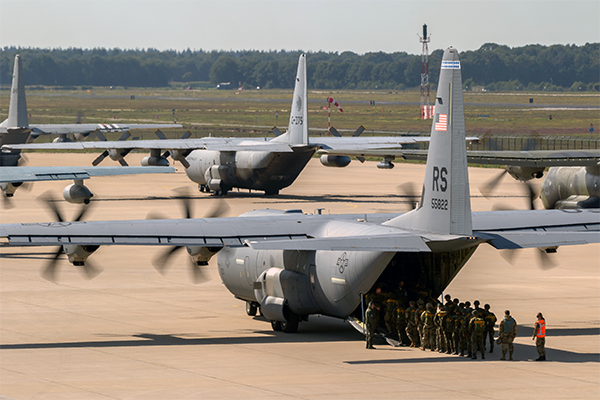 Over 64 members of Congress recently wrote a letter to U.S. Secretary of Defense Lloyd J. Austin III calling for additional funding for the IAM-built C-130J program. The current C-130J program has been a tremendous success resulting in millions of dollars in savings.

“The current C-130J Super Hercules is the most capable tactical airlifter in the world,” reads the letter. “C-130J production is currently declining from 2020’s health rate of 24+ aircraft per year down to a minimum 16 per year. Such a significant drop in production could dramatically affect C-130J pricing and undermine the national supplier base.”

“Machinists Union members have been proudly manufacturing C-130 aircraft for decades,” said IAM International President Robert Martinez Jr. “Efficiency and safety are qualities that make the C-130J program one of the most trusted military production aircraft. The IAM members display extreme pride, knowing how our nation depends on this program. I commend the members of Congress for standing up for the program and the thousands of good-paying jobs provided with this program and its supplier base.”

The letter is requesting serious consideration be given to request a Block Buy to accommodate the fleet demands for both the U.S. military and the National Science Foundation’s climate change study missions.