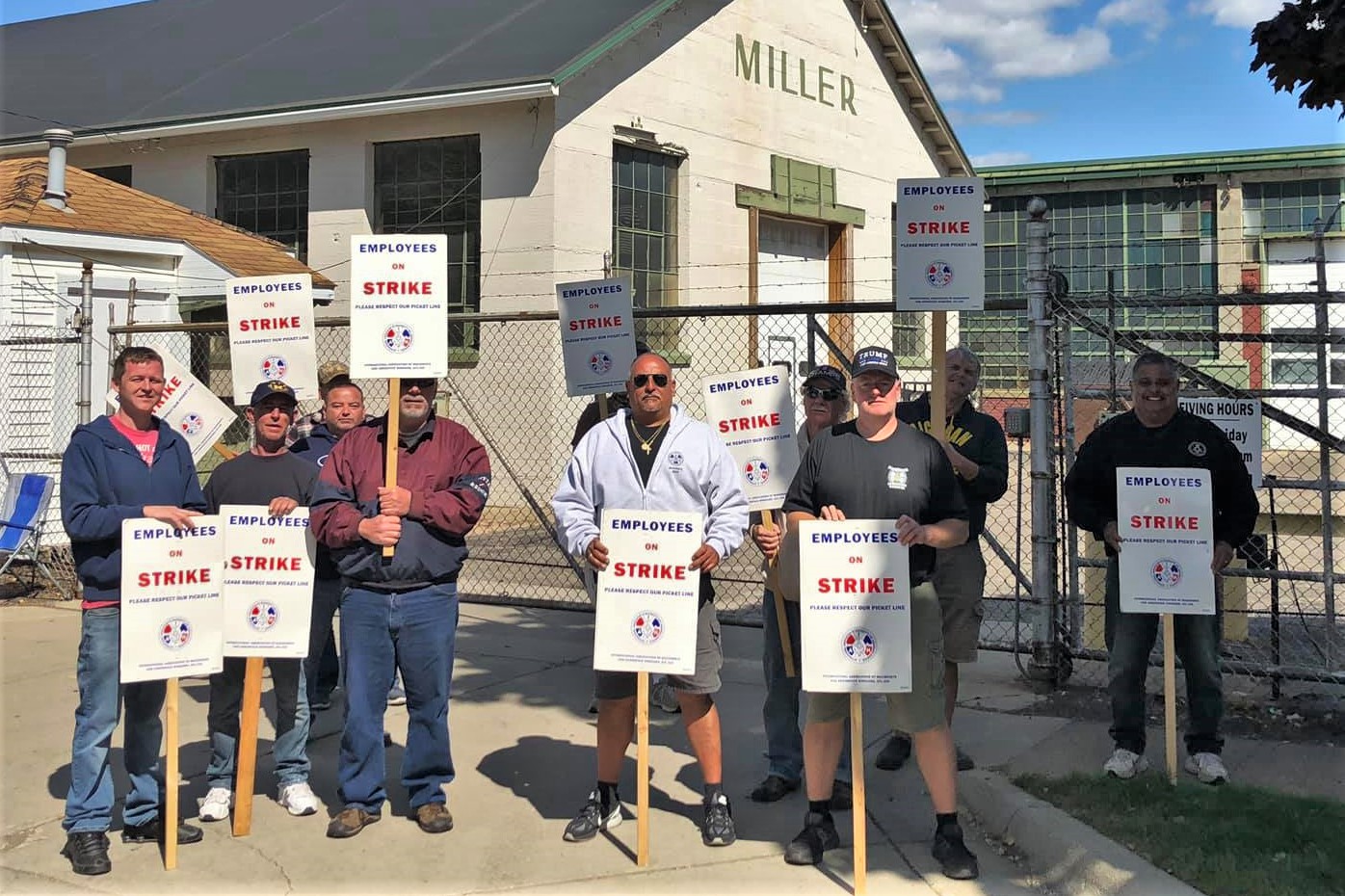 Nearly 20 members of IAM Local 435, District 60 voted to protect their retirement and accept a one-year contract this week, bringing an end to a three week strike with Miller Tool and Die in Jackson, MI. Their employer was attempting to cancel their pension contributions and withdraw from the pension fund, forcing the group of machinists to strike.

The new one-year contract extension protects their pension and includes a $1,000 signing bonus.

“The solidarity of this membership is what made this contract possible,” said District 60 Business Representative Thurman Crider. “They were willing to do whatever was needed to keep their retirement intact, and weren’t going to take no for answer. I’m proud of what they were able to accomplish in these difficult times.”

“I am very proud of this group of Fighting Machinists for standing up and protecting their pension and their future,” said IAM Eastern Territory General Vice President Jimmy Conigliaro Sr. “They have shown IAM members across the country how to fight when employers attack their retirement security. These members did what was needed to secure the benefits of a dignified retirement, not just for themselves, but for their families. There is honor in that.”

“The members of Local 435 showed what can be accomplished through solidarity,” said International President Robert Martinez Jr. “I’m proud of these members for drawing a line in the sand when it comes to their retirement and fighting for their futures. It was quite an accomplishment that deserves recognition.”