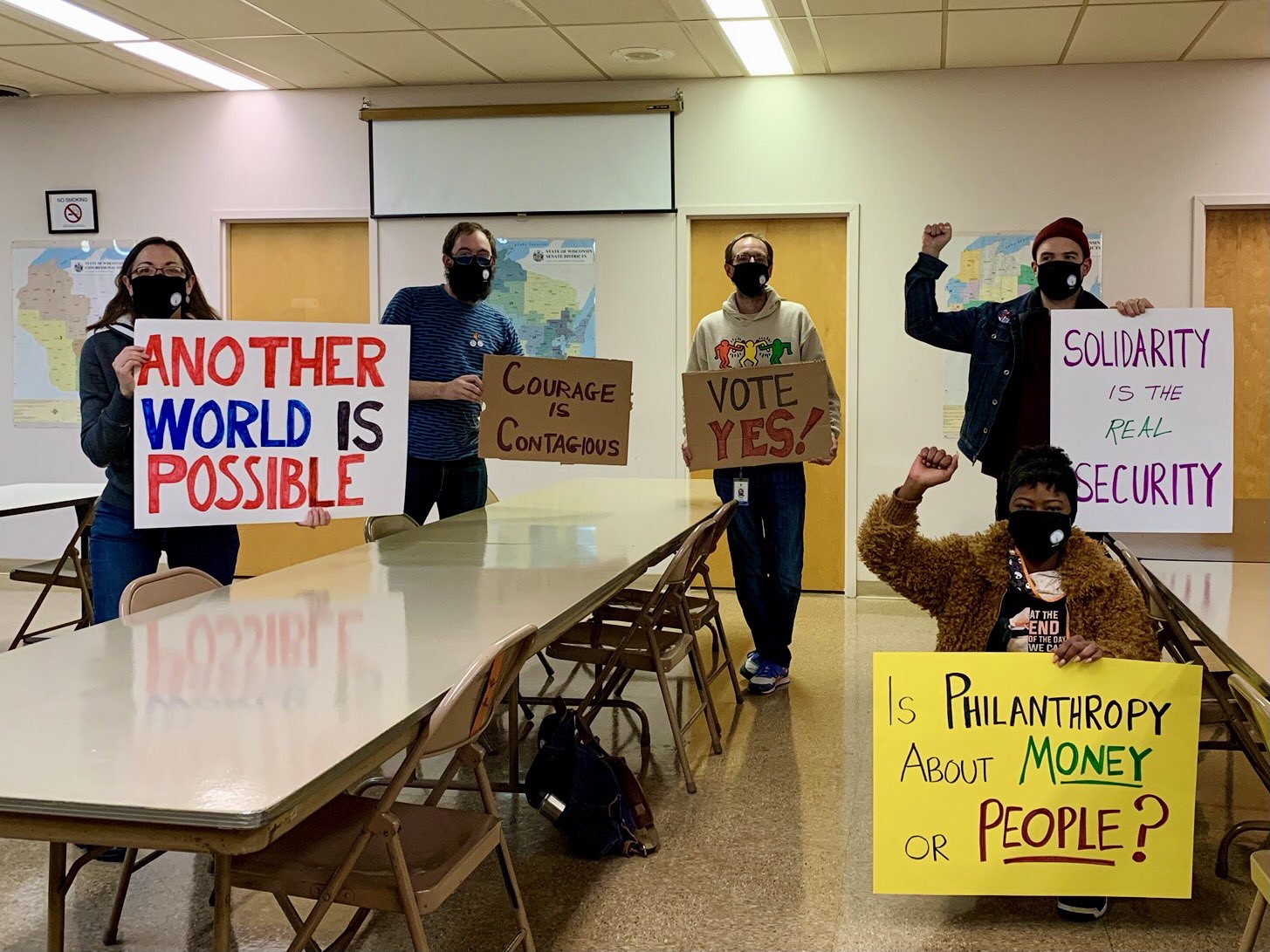 Those are the words displayed on the Milwaukee Art Museum’s (MAM) website, and a concept many employees embrace after spending their days working at this architectural landmark that has come to represent the city of Milwaukee. But for the group of MAM employees trying to join the IAM in an effort to have a voice in their workplace, it doesn’t feel like these words are meant for them.

On August 31, 2020, with a stack of employee signatures, the IAM filed for an election with the National Labor Relations Board (NLRB) to give this group what they had spent eight months planning for – the right to form a wall-to-wall union.

MAM workers were initially hopeful that the museum wouldn’t push back hard, as most employers do. That’s because for more than four decades, the security guards working at the museum have been part of IAM Local 66/District 10 in Milwaukee, WI with great success. In fact, in early August of this year, the security guards ratified yet another strong Machinist agreement after just one day of bargaining.

But even with a successful bargaining track record, the museum immediately opposed the union drive and started working with an anti-union law firm to not only delay the election, but to find a way to deprive their employees of their right to vote entirely.

“The talented employees at MAM make the masterpieces come alive for visitors,” said IAM District 10 Directing Business Representative Alex Hoekstra. “These workers demand and deserve the respect and voice a union contract provides. By continuing to oppose a fair election, museum management has proven it has lost sight of the needs of both their employees and the community. I look forward to winning this campaign next month and to continue fighting alongside MAM workers for a better future.”

As the museum was beginning to reopen amid the COVID-19 crisis, with a much smaller staff due to extensive employee furloughs, the museum forced the regional office of the NLRB to hold a hearing, stating the IAM didn’t have the right to organize any workers other than the security guards. The NLRB ruled in favor of the IAM. Employees breathed a sigh of relief.

But that reassurance didn’t last long. MAM has now made a request to review the decision at the NLRB’s national office, wasting both time and money while employees fight to exercise their basic human right to join a union.

For non-managerial employees at MAM, the desire to join the IAM is simple. They want a voice in the practices and policies of this landmark facility, as well as fair compensation, equal treatment, reasonable job security and a defined disciplinary process.

The workers who want to be part of the Machinists Union are proud of where they work and the job they do. They want the museum to continue to be a beacon for the Milwaukee community. But to do this, they need a level playing field to make sure everyone in the area is served, including the hardworking men and women who continue to make Milwaukee shine through its art.

“I want to commend the employees of the Milwaukee Art Museum for their passion and will to fight for their right to join a union,” said IAM Midwest Territory General Vice President Steve Galloway. “Workers everywhere are demanding a voice. Members of the art community are no different. They know joining a union is the only way to ensure that voice and are pushing back against any employer who attempts to impede that right. When MAM workers win this election, it will be an historic event for not only Milwaukee, but for art museums around the country, as more and more museum workers are seeking union representation. Shame on MAM management for choosing to be on the wrong side of history.”

On November 13, the final ballot count will be held. Until then, MAM’s skilled, passionate workers will not miss a beat in continuing to inspire the service the Milwaukee Museum of Art has provided since it was founded in 1888, the same year the IAM was formed.

“We’re open for inspiration” are words that MAM employees believe in, as much as they believe in their right to form a union.