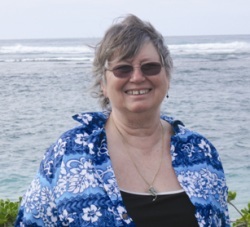 The Florida AFL-CIO recently honored longtime Florida IAM activist Miriam “Bunny” Baker with the A. Philip Randolph Award and inducting her into the Florida Labor Hall of Fame.

Since 1988, when Baker first began working at District Lodge 112 in Jacksonville, FL, she has been a tireless example of what it means to be a labor activist.

Baker has been elected numerous times as Secretary-Treasurer and Recording Secretary of the Northeast Florida Central Labor Council. She continues to hold the position of CLC Secretary-Treasurer, and was elected as the Vice President for Jacksonville’s office of the Florida State Council of Machinists.

Baker continues to be extremely active in her union and community by volunteering for various civic functions including: Christmas for foster and homeless children; the A. Phillip Randolph Christmas function for children at the Community Connections organization; Christmas Gift Wrap for the children’s home society and CLUW’s annual Muscular Dystrophy Christmas Gift Wrap.

“Miriam Baker is a tireless activist for working people in Florida,” said Southern Territory GVP Bob Martinez.  “Grassroots activists like Bunny are indispensible for the labor movement. No one is more deserving of this award than Sister Baker.”