NAFTA 2.0 Leaves Workers Out in the Cold 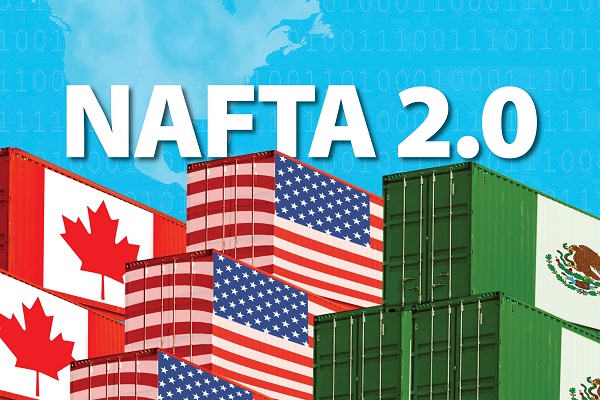 The United States, Mexico and Canada recently signed the revised NAFTA 2.0, or United States-Mexico-Canada Agreement (USMCA). The deal must still be ratified by all three countries. In the United States, the pact requires congressional approval.

Machinists Union International President Robert Martinez Jr. says the deal does not go far enough to help working people in each of the three countries.

“When it comes to directly curtailing outsourcing of U.S. and Canadian jobs to Mexico where workers do not enjoy fundamental human rights, little or nothing has been proposed with respect to manufacturing,” said IAM International President Bob Martinez. “Outsourcing work in manufacturing industries such as aerospace, appliances, electronics, machinery, food processing, textile and apparels, and service industries, have apparently been ignored.

“Our future, the future of manufacturing and the future of workers’ lives in the U.S., Canada and Mexico depends on getting trade policy right. NAFTA 2.0, as currently written, does not represent the fair trade principles we continue to demand. Consequently, while we will continue to offer our suggestions to the administration and Congress with respect to improving the text unless major changes are made so that outsourcing by corporations seeking Mexico’s suppressed labor costs are adequately addressed, the IAM cannot support NAFTA 2.0.”