How NASA Test Operators Won Their Pensions Back 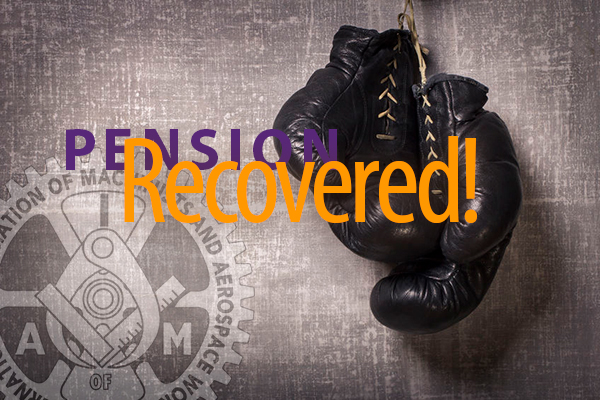 Nearly 110 workers at NASA’s Stennis Space Center in Mississippi are celebrating. The IAM’s Southern Territory helped them get back what they deserve – their pensions. 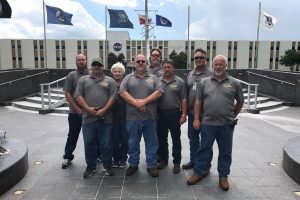 “It’s a story you rarely hear these days but one that is just spectacular when you do,” said IAM Southern Territory General Vice President Mark Blondin. “After years of work by the IAM’s Southern Territory staff and the hard-working men and women at the bargaining committee, we are proud, so very proud, that the IAM was able to get the workers at Stennis Space Center their pensions back, and in essence, their dignity. This is why we do what we do. This is why we are union.”

It was a sad day about three years ago when Lockheed Martin took away the ability for a group of workers from the Test Operations Contract at Stennis Space Center to properly retire. These were the people securing that NASA’s rockets worked properly, and yet they couldn’t secure their own golden years.

Since that day, the IAM vowed to help these workers get back what was rightfully theirs. It was the IAM’s standing as an industry leader that literally changed the game.

“When they lost their pension, it became our goal to get it back,” said Wirth. “About a year ago, we saw the opportunity when the former Lockheed Martin contract became a new contract under S3 Syncom Space Services. The reason that changed everything was that S3 is a joint venture with PAE and BWXT. The union and PAE already had a relationship and negotiated collective bargaining agreements that included the IAM National Pension Plan across the country. They knew it was important to us and that we would see them at other bargaining tables in the near future and they would have to answer for their actions.”

Blondin was up for the fight.

“Across the aerospace industry, we continue to see companies trying to negotiate away the IAM National Pension Plan,” said Blondin. “That’s not an option for us. Most of these aerospace workers have given the company decades, helping to increase their profits substantially. The pension shouldn’t be a bargaining chip. And the Southern Territory will continue this fight at any table, in any industry, because we believe it’s that important to American workers.”

And at this table, the numbers spoke for themselves. IAM’s Senior Research Economist Loren Almeroth from the Strategic Resources Department sat shoulder to shoulder with these members at the table, showing the company real costs, in real time.

“I was pleased to see our members and the negotiating committee secure the IAM Pension Plan after having it stripped away three years ago,” said IAM District 73 Directing Business Representative Benji Sullivan. “This was an important fight to take on.”

“It was essential to us and the bargaining committee,” said Wirth. “We failed if we didn’t get it back.”

No one failed. And now, 110 workers can breathe a sigh of relief.