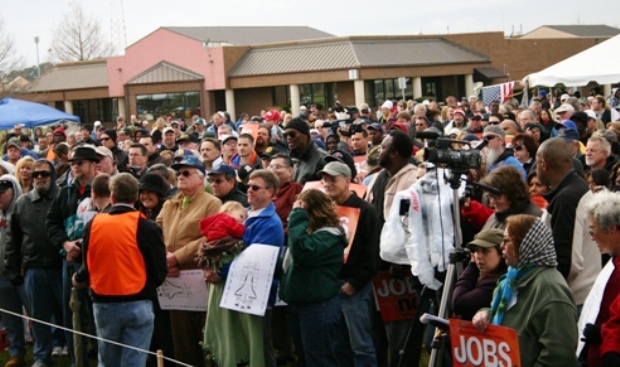 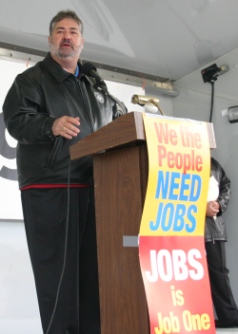 Concern is widespread that President Obama’s proposal to pull the plug on funding for the Constellation and Shuttle programs could cost an estimated 9,000 space jobs. Another 20,000 jobs could be affected as the ripple effect moved across Brevard County, where unemployment is already at 12.1 percent.

“Ending these programs will shatter many vibrant communities here in Florida and across America,” said Southern Territory GVP Bob Martinez (pictured at right). “Thirty thousand or more jobs are at risk – these people are the greatest in the world at what they do – what a loss this would be for our nation.”

“This is no time to tear out the foundation of this community,” declared AFL-CIO President Rich Trumka. “At a time when so many Florida breadwinners are out of work or working part-time, when over half a million in Florida have lost their homes, does it really make sense to pile on more misery?”

Calling the Shuttle shutdown and the Constellation cancellation an “economic meltdown of epic proportions,” a state union leader warned that the effects would be felt across Florida. “The ripples from this thing are going to hit everybody,” said Rich Templin, AFL-CIO state spokesman.

View Faces of the Space Coast