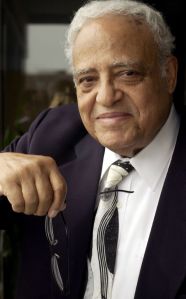 Civil rights leader and longtime NAACP director Dr. Benjamin L. Hooks died early this morning at his home in Tennessee. He was 85.

Best known for his 16-year tenure leading the nation’s oldest and largest civil rights group, Dr. Hooks enjoyed multiple careers during his life. He was the first African-American judge to sit on a state trial court in the south. He was also the first African-American to be appointed to the Federal Communications Commission. Dr. Hooks also served as a Baptist minister and Memphis businessman.

In 2007, President George W. Bush awarded him the Presidential Medal of Freedom, the highest civilian honor in the country. He is survived by his wife and daughter.