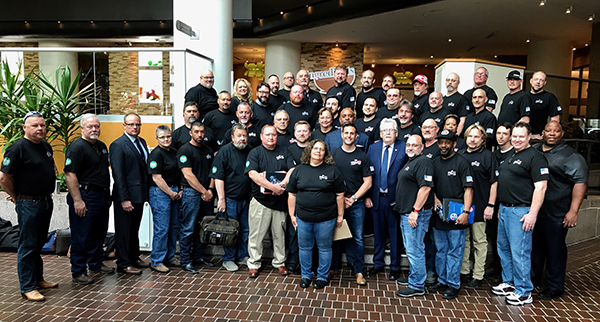 “Since the CBC last negotiated in 2015, the CBC unions have lost thousands of members due to GE closing or selling facilities,” said Bryant. “In fact, this CBC lost a major union when the Erie, Pennsylvania UE location was sold off, and since the 2015 negotiations, the IAM lost the Salt Lake City plant when GE closed it down.

“Even as we meet here today there is uncertainty with the news that GE is considering spinning off its Medical division. This action will have a significant impact on the IAM, as the majority of our membership would move out of the Master Agreement and into something else. For our members impacted, the IAM will exhaust all efforts to protect their interests.”

Jerry Carney, along with union leaders addressed GE and demanded a fair and equitable contract for the thousands of union members they represent across the United States. Noted issues included wages, health care and the growing concern of plant closures.

For updates on the negotiations, visit the www.geworkersunited.org website.