Negron Appointed Chief of Staff in the Eastern Territory 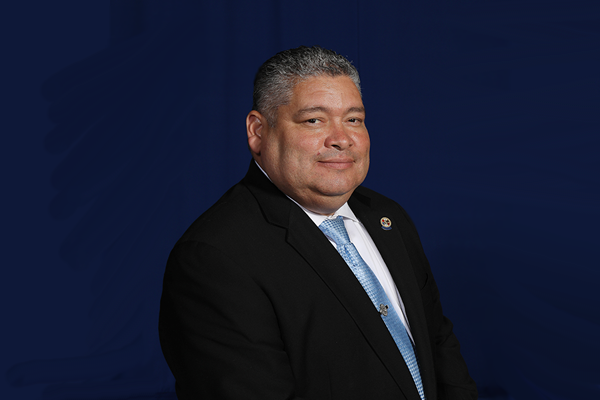 International President Bob Martinez announced the appointment of Juan Negron to the position of Chief of Staff for the Eastern Territory, effective August 1, 2017.

“I am proud to welcome Juan as the new Eastern Territory Chief of Staff,” said Martinez. “He is an extremely competent leader who brings with him a wealth of knowledge and experience. He is a great addition to the IAM staff.”

“I’ve spent the last 25 years working side by side with Juan, and watching him grow into the leader that he is today,” said Eastern Territory General Vice President Jimmy Conigliaro, Sr. “He brings a wealth of experience, leadership, and knowhow with him. He has had success in each of his endeavors helping working families all across the IAM, and will be a key asset as we continue to focus on growing the IAM and the middle class.”

Negron, a 30-year member of the IAM was the Directing Business Representative of District 15, prior to joining the staff. Negron earned a bachelor’s degree in labor studies and administration from the National Labor College. He has served in many leadership roles within the IAM and his community, which includes being the lead political organizer in New Jersey for the union. He continues to serve, most notably, as a member of the Executive Board of the New Jersey State AFL-CIO.

Negron’s appointment follows the departure of Jim Conigliaro, Jr. to fill the duties of President of the Independent Drivers Guild (IDG), an IAM-affiliated organization he launched in 2016 in response to the pleas of for-hire vehicle drivers.