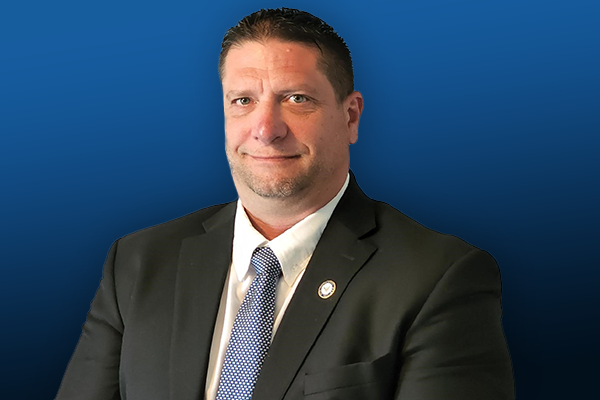 IAM International President Robert Martinez Jr. has appointed Neil Douglas to serve as a Special Representative assigned to the IAM Eastern Territory. Douglas has served as President and Directing Business Representative of IAM Local 1943 in Middletown, OH since 2011. The appointment is effective May 1, 2022.

Douglas hired into AK Steel, now Cleveland Cliffs, in 1998 and quickly got involved in his union (AEIF joined the IAM in 2006), becoming a Grievanceman in 1999. He served as Shop Steward, Committeeman, Vice President, and ultimately President and Directing Business Representative.

Douglas has served the Ohio State Council of Machinists as Vice President and Legislative Agent. He also sits on the Executive Board and Executive Committee of the Dayton Miami Valley AFL-CIO.

Douglas is a proud U.S. Navy veteran who chairs the Middletown Veterans Memorial Fund and has helped raise over $120,000 for scholarships for Middletown area veterans and their families.

“Brother Douglas has been a long-time activist in the labor movement and has been one of the driving forces at IAM Local 1943,” said IAM Eastern Territory General Vice President Brian Bryant. “Neil has not only served the IAM with pride, but he has been a tremendous asset in the Ohio community. Eastern Territory members will benefit from Neil’s extensive experience negotiating fair contracts and bringing new members into the IAM.”