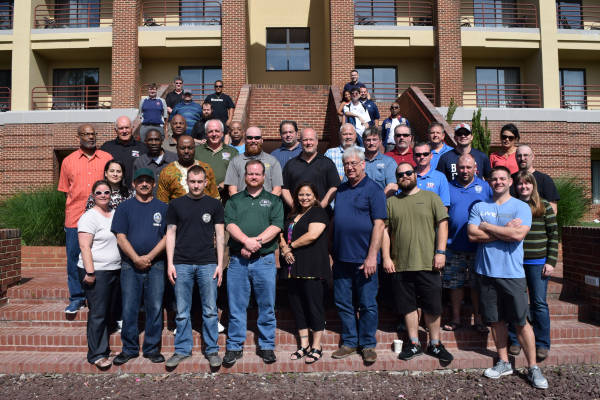 The class teaches IAM members how to become effective advocates for pro-labor legislation.

Participants are divided into teams to run mock campaigns with an election at the end of class. In addition to the campaign, teams also compete in raising MNPL contributions. The team that raises the most money for the week is declared the winner.

“Congratulation to the winning team, and the entire class,” said IAM Political Director Rick de la Fuente. “What’s really important about the class, isn’t the amazing job they did with the MNPL contributions, but how these members demonstrated what they learned about the political process and working with their representatives to fight for the working class.”

“Our team’s tactics were to raise as much money as possible by raffling unique prizes and never letting up with emails, phone banking and social media,” said team member Ali Rhodes. “We’d like give a special thanks to Sito Pantoja and District 142 for their generosity.”