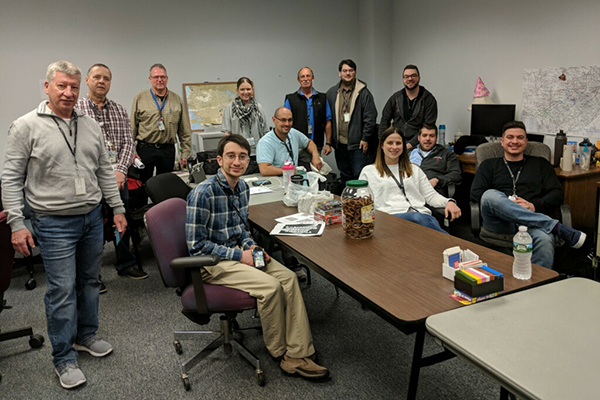 “These individuals play a critical role in keeping our skies safe,” said IAM Grand Lodge Representative Mike Evans, who led the campaign. “They’ve earned the right to be properly acknowledged and compensated for the work the very important work they do.”

More than 280 air traffic controller instructors at SAIC in Oklahoma City voted to join the IAM in August 2017. There are also up to 500 workers throughout the country who are performing similar work that could benefit tremendously from union representation.

“We believe this campaign will provide a tremendous amount of momentum moving forward,” said IAM Organizing Director Vinny Addeo.” “I fully expect air traffic controller instructors and remote pilot operators across the country to start stepping up and demanding the respect they deserve as well.”

The next step for the WCG group is a coordinated effort to secure them the best collective bargaining agreement possible.

“Our Aerospace and Organizing Departments, along with the Eastern Territory, are all going to work hand in hand to make sure the transition from organizing to bargaining is as seamless as possible,” said IAM International President Robert Martinez Jr. “Together, we are going to make sure these workers get a first contract that provides the kind of improvements on the job that truly makes things better for them and their families.”