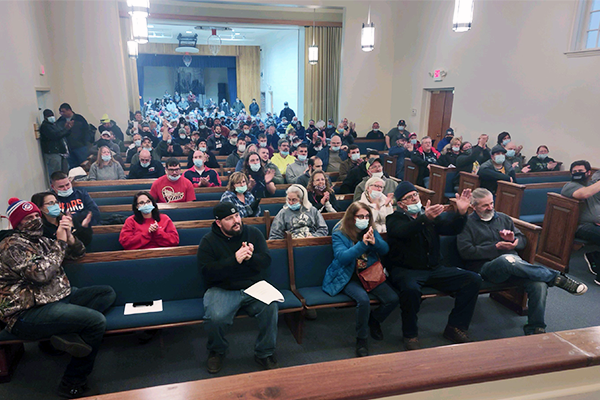 “I couldn’t be prouder of our Local 588 members for sticking together and showing the company what the Machinists are all about,” said IAM District 65 Directing Business Representative Ron Warner. “It was a tough fight, but we didn’t waver. Member activism was high and the bargaining committee was ready and well-prepared. This group was determined to get a good contract, and they did.

“Congratulations to the members of IAM Local 588 on their new contract,” said IAM Eastern Territory General Vice President Brian Bryant. “This contract was achieved because of the solidarity exhibited by our sisters and brothers on the picket line. I’d also like to thank District 65 Directing Business Representative Ron Warner and the Negotiating Committee for their tireless work and relentless pursuit of a fair and just contract.”

The new accord ended the strike which began when members rejected the company’s last proposal which included concessions, such as a freeze to the company pension and a change to the attendance policy.