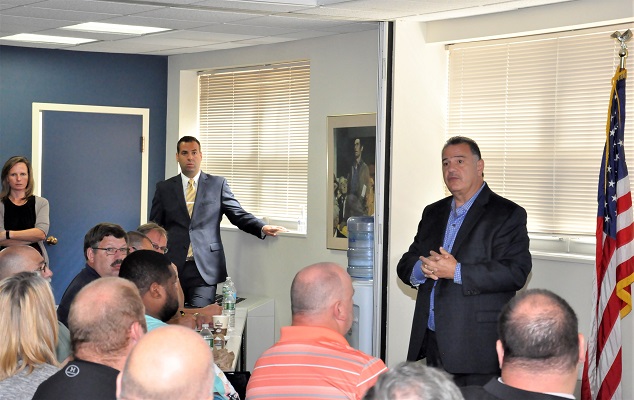 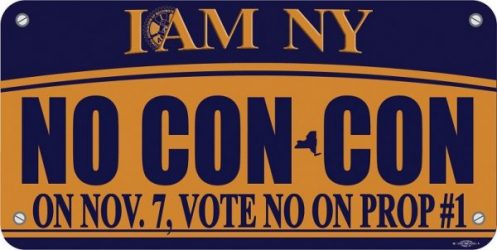 Machinists flooded the New York State AFL-CIO in Albany to attend a training session for union members, officers, and staff on labor’s opposition to a constitutional convention.

On November 7, New Yorkers will vote on a once-in-a-generation ballot question on whether to empanel a delegates’ convention to amend the state constitution. Every twenty years, New York State is required to give voters the option, via a ballot question, of opening up the State’s constitution in a convention.

Presentations included the rollout of a broader campaign to organize union members across New York to convey the importance of a NO vote on the constitutional convention. The convention would be run by political special interests using a “wish list” of “reforms” from big corporations, with the goal of stripping away some of the best labor protections in the country.

“A constitutional convention will cost taxpayers, and the working families of New York hundreds of millions of dollars, that would better be invested in our schools, infrastructure, and other vital services,” said Eastern Territory General Vice President Jimmy Conigliaro, Sr. “Union members know that corporate interests will use this opportunity to gut their most important and fundamental rights, including the right to join a union, to collectively bargain, wages and benefits. These and hard-won pension benefits will all be at risk. It doesn’t stop there either, other protections for worker’s safety, and worker’s compensation would all be on the chopping block.”

“Thanks go out to District 15 DBR Dominic Taibbi, and District 65 DBR Ron Warner for the great turnout for this important training,” added Conigliaro “Together they represent workers all across the state, and to see the room full of Machinists demonstrates their support of this effort. The IAM is 100 percent committed to the task at hand, and we intend to put up a good fight.”

New York Voters can sign a pledge to Vote NO on November 7 here: http://nysaflcio.org/noconcon/

Already signed the pledge? Click here to find a Labor-to-Labor walk or phone bank near you to help Get Out The Vote!