For NFFE-IAM Federal Workers, Future is a Mystery 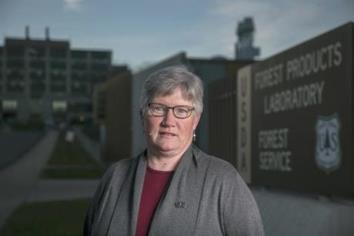 The three-word phrase caught fire in the final stages of Donald Trump’s campaign.
For many of his supporters, it meant cleaning out lobbyists and special interests from politics.

Melissa Baumann, a U.S. Forest Service chemist and NFFE-IAM member, believes the rhetoric was directed at her.

She lives in Madison, WI, more than 800 miles from Washington, DC. Less than 10 percent of the federal workforce lives in the DC metro area.

Baumann told the Associated Press that the problems in Washington “have nothing to do with the people outside the Beltway,” who are doing honorable work under difficult circumstances.

NFFE-IAM President Bill Dougan says the level of attacks on federal workers depend on Trump’s appointments, but he’s “hopeful that we’re going to see some appointments with some experience in government and how government works, or it’s going to be a real problem.”