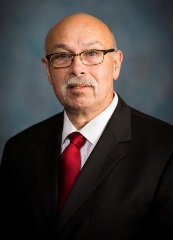 The U.S. Senate Subcommittee on Regulatory Affairs and Federal Management is responsible for exploring policies that promote effective management of federal programs. Dougan spoke before the panel to express NFFE-IAM’s concern that Congress and the Administration have not been willing to allocate the necessary funds to overcome an average 35 percent disparity in pay between federal employees and private sector employees doing comparable work.

“All the necessary tools are there for federal agencies to recruit and retain the talented workforce needed to do the business of the American people. However, does that mean the federal pay system is working well? No, it absolutely is not,” said Dougan. “And the primary reason the system is not working well these days is that it is so completely starved of resources there is no room for the appropriate flexibilities that have been built into the system to have their desired effect.”

In 1990, Congress passed the Federal Employees Pay Comparability Act (FEPCA) in an effort to reduce disparity between the salaries of federal and matching non-federal workers.

The law’s goal was to reduce the pay gap for General Schedule (GS) federal employees by introducing an adjustment method for different pay localities across the country. It hasn’t worked, said Dougan.

“Instead of the GS system working as designed with each locality pay area having its pay scale fluctuate from year to year based on market factors, all locality pay areas have been treated the same regardless of whether the wage gap in each of those areas has been growing or shrinking,” said Dougan. “Because of the pay freezes and woefully inadequate pay adjustments, nearly all of the market driven flexibility that was built into the GS pay system has ground to a halt.”

NFFE-IAM represents 110,000 federal workers across the country in 35 different federal agencies and departments.