No Court Can Stop Our Movement 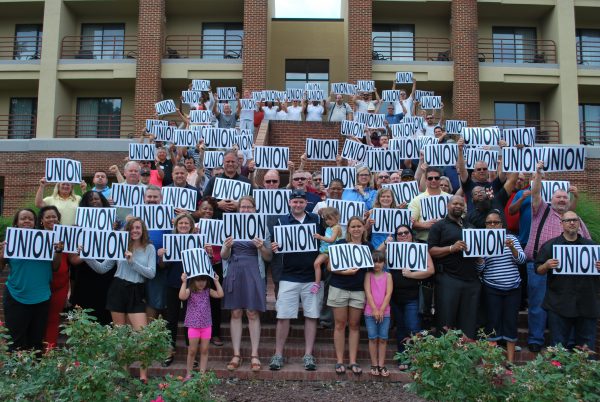 The decision has been painted as a crushing blow to unions—and yes, it will further the power of corporate elites.

But the Machinists Union, and the rest of the labor movement, is fully engaged and ready to fight back for a voice on the job for every working family.

Share this graphic to let people know you are sticking with your union.

No court will ever change that.

“The Janus decision is just the latest tactic of corporations and wealthy donors who want to take away our freedom at work,” said IAM International President Bob Martinez. “The radical right will never defeat a wave of working people joining together for a better life. Union membership is growing and we will continue to organize, mobilize and defeat those who want to destroy unions and silence workers. This is war and working people are going to fight back.”

The Machinists Union is making every resource available to locals and districts with non-federal public-sector workers who are affected by the decision. The IAM’s Legal, Strategic Resources and Communications Departments have been planning for Janus’ aftermath for more than a year. The William W. Winpisinger Center offers classes geared toward internal organizing in right-to-work environments.