No Matter Where You Live, You Can Now Tip Your Uber Driver 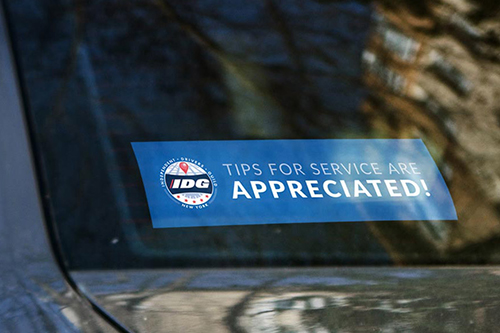 Uber riders can now tip their drivers nationwide. That means millions of dollars in the pockets of Uber drivers across the country.

The Independent Drivers Guild (IDG), a Machinists Union affiliate, was largely responsible for this victory after pressuring the New York Taxi and Limousine Commission to require a tipping option for all for-hire drivers in New York.

“Never doubt the power of organized workers to win big changes,” IDG founder and IAM Eastern Territory Chief of Staff Jim Conigliaro Jr., told the Washington Post. “Tipping is a vitally important source of income for thousands of families who are struggling to make ends meet right now. We were proud to lead the way on tipping on behalf of drivers in New York City and across the nation.”

The Independent Drivers Guild is a Machinists Union affiliate that represents over 45,000 For-Hire Vehicle drivers in New York City. The IDG is the first nonprofit labor organization to negotiate a seat at the table with ride share company and the first to offer crucial new protections and essential benefits while building worker power.