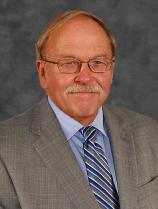 William Fenaughty, Secretary-Treasurer of NFFE-IAM Federal District 1 in Washington, DC has been appointed by President Barack Obama to serve on the Federal Salary Council (FSC), an advisory body responsible for making recommendations on locality pay for workers under the General Schedule.

Comprised of three labor relations experts and six federal union representatives, the FSC was established under the Federal Employees Pay Comparability Act of 1990. Its task is to submit recommendations to the President’s Pay Agent regarding the establishment or modification of pay localities, the coverage of salary surveys used to set locality pay (conducted by the Bureau of Labor Statistics), the process for making pay comparisons and the level of comparability payments that should be made.

“I am honored and proud to have been appointed to the FSC by President Obama as the NFFE Labor Representative,” said Fenaughty. “I look forward to working with the other Council members on behalf of federal employees.”

Fenaughty has been a civil servant and union representative for nearly 35 years and says he intends to use those years of experience for the benefit of the federal workforce.