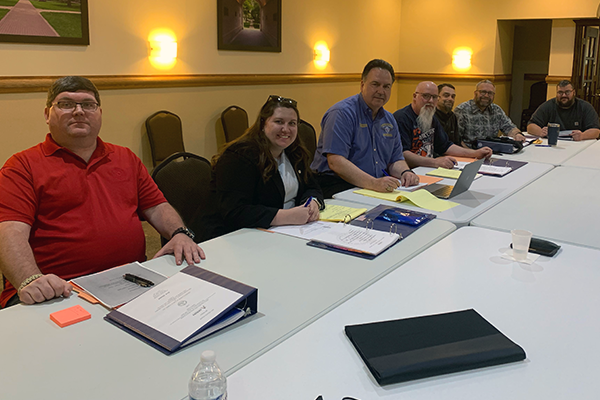 Solidarity and preparation have paid off for more than 120 members of IAM Local 1581 (District 54) at Akron Brass Co. in Wooster, OH.

IAM members at the facility proudly produce firefighting equipment used around the world.

The new contract, which was recently overwhelmingly ratified by the membership, makes critical pension and healthcare gains, while adding a well-funded 401(k) plan to help with retirement security.

“Our Negotiating Committee was prepared and stood together for a strong contract including increases to reflect today’s labor market,” said IAM District 54 President and Directing Business Representative T. Dean Wright Jr. “Our members now have the IAM trifecta – pension, insurance, and the 401(k), and have a secured pathway to a healthy and long career and well-deserved retirement thanks to a Machinists Union contract.”

“District 54 and Local 1581 should be incredibly proud of this strong contract,” said IAM Eastern Territory General Vice President David Sullivan. “Our negotiating committee stood strong every step of the way to advance the interests of our membership. We are so grateful to the IAM negotiating committee and District 54 leadership and representatives for all they did during these successful negotiations.”