Ohio Local 1943 President Talks Unions and Getting Out the Vote 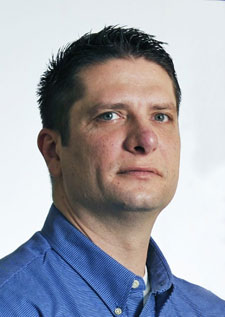 Union members must get out and vote as if their jobs depended on it – because they do, especially in Republican-controlled states like Ohio, said Local 1943 President and Directing Business Representative Neil Douglas of Middletown, OH, during an interview with online radio show America’s Work Force Radio.

Listen to Douglas’ interview, which begins around the 23:00 mark.

Douglas warned that a win for Ohio Republican Gov. John Kasich could mean a rebirth of the failed SB 5, a former state bill to prohibit public employees from bargaining collectively.

“I don’t doubt that [SB 5] will move forward if he’s elected again,” said Douglas. “He’s going to have a big fight on his hands if he tries to move that forward.”

Douglas says Ohio Machinists have helped get out the vote by door knocking and phone calling fellow union members encouraging them to support the state’s labor-friendly candidates.

He also talked about the benefits of being in a union as the labor movement continues its fight against so-called “Right-to-Work” laws.

“It’s a fact that union-represented workers will generally make better wages and have better benefits due to collective bargaining agreements and negotiations,” said Douglas. “CEOs today sign contracts with the board of directors and the company for wage packages. Why shouldn’t workers do that? You’re going to be far better off financially in benefits for yourself and your family if you’re organized and you’re in the union.”