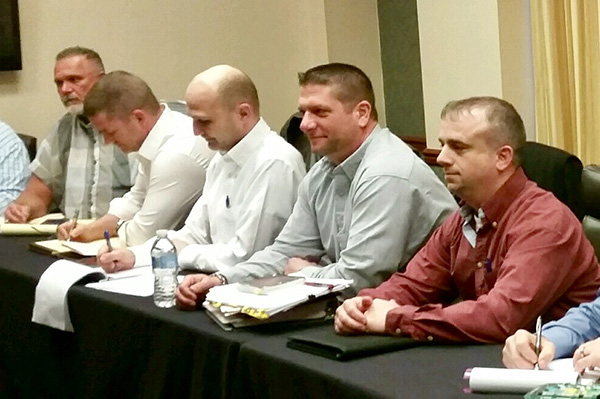 Members of Middletown, Ohio Local 1943 recently ratified a two-year agreement with their employer AK Steel. The previous contract was set to expire March 15, 2018.

The membership voted overwhelmingly to accept the tentative agreement, which included a lump sum payment, wage increase, upped funding for future retiree medical benefits, an increase to pension contributions and many other contract improvements. The negotiations took longer than expected, but the parties were able to agree on the two-year deal.

“While­­­ we weren’t able to get everything we wanted at the bargaining table, we were able to secure a quality agreement ­­­­­­that was ratified by ­our members,” said IAM Local 1943 President and Directing Business Representative Neil Douglas. “We will continue to work diligently over the next two years and be ready to get back to the table in an effort to build upon the agreement we just signed.”

“Hats off to the membership of Local 1943 for supporting and standing behind their negotiating committee, giving them the bargaining power needed at the table,” said Eastern Territory General Vice President Jimmy Conigliaro Sr. “Because of that solidarity, the committee was able to get an agreement their members could be proud of.”