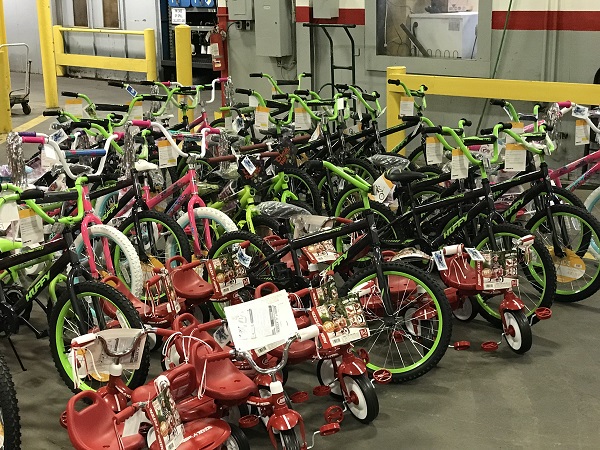 For the 13th year, Newark, OH IAM Local 1280, along with the Electrical Workers (IBEW) and the Glass, Molders, Pottery, Plastics and Allied Workers (GMP), bought and assembled 106 bikes, 14 tricycles, and helmets for the Salvation Army’s “Bikes for Kids” drive. 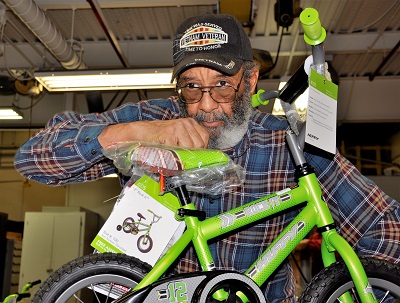 The tradition is carried on in the memory of deceased IAM member Dave “Stinky” Pugh, who along with his wife would donate several bicycles each holiday season to the program. The members, employed at fiberglass-manufacturer Owens Corning, raised money for the bikes through employee donations, contributions from other unions, local businesses and other organizations. Management has joined in by raffling off a vacation day, which has become a popular tradition in the effort.

“Thanks go out to all the members, of Local 1280, that not only donate money and time to make this a successful project, but also put the finishing touches on the bikes,” said President/Directing Business Representative T. Dean Wright, Jr. “A big thank you goes to our retirees, the other unions, and management at Owens Corning, who pitch in to see that this is a success each year.”

Over the years, the Newark team has assembled, and donated more than 1,200 bikes to the program. Nearly $7,000 was raised this year which includes a donation from Arboris, LLC.

“What a great thing to do for kids,” said Eastern Territory General Vice President Jimmy Conigliaro, Sr. “Helping children in any way is one of the most rewarding things union members can do in their communities. Providing them with the classic gift of a bicycle at a time when they might not otherwise receive any gifts is even more special. My personal thanks, and praise to everyone involved in this effort.” 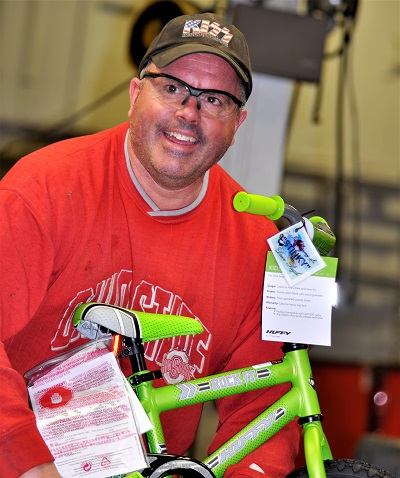