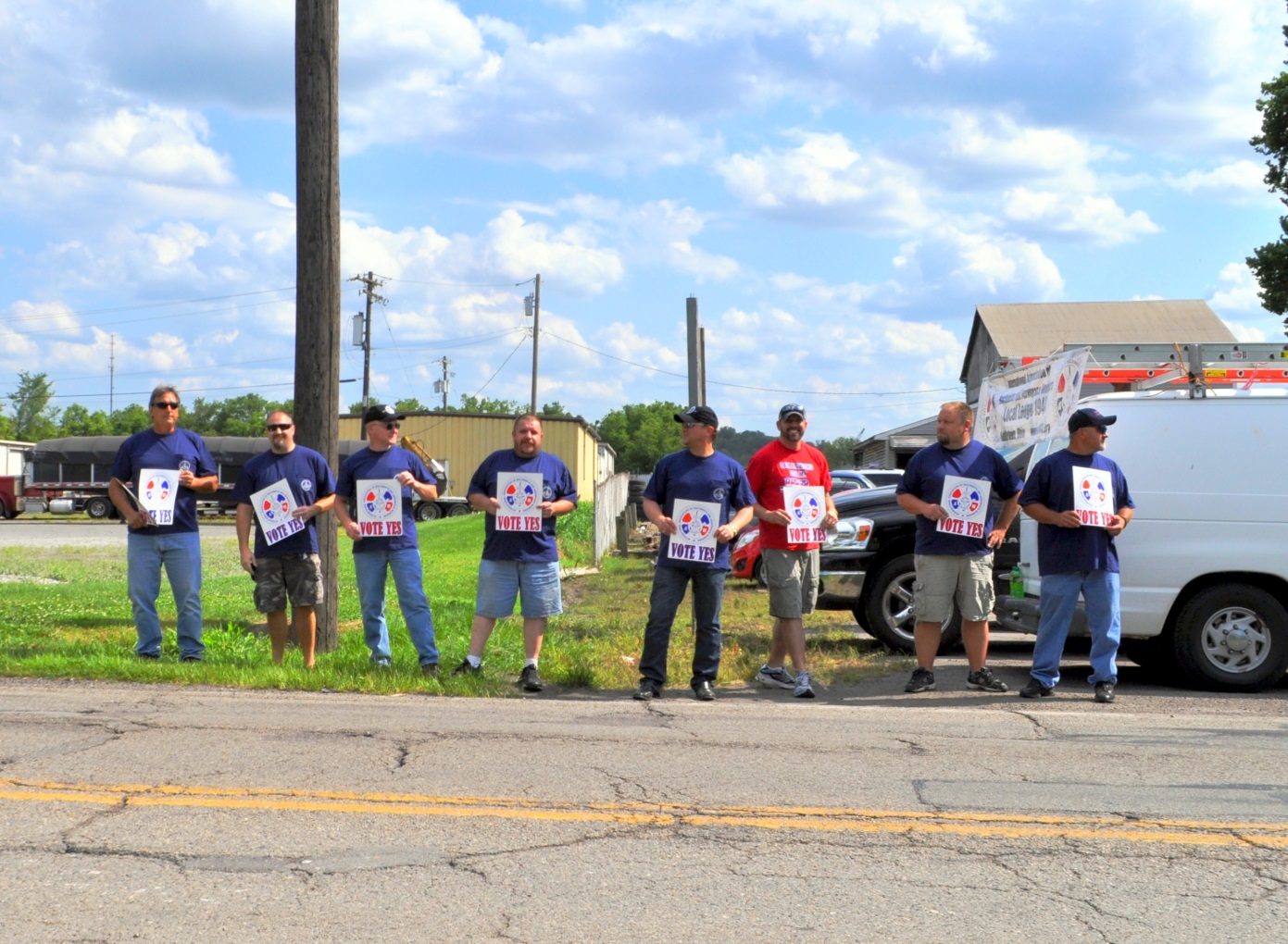 Truck drivers employed at RMB Enterprises in Middletown, OH voted 2 to1 to become new members of IAM Local 1943 after a hard fought campaign.

The drivers face a daily challenging work environment that included safety concerns and issues with fairness, favoritism and respect on the job. Added to these factors were “company store” style management schemes that forced drivers to literally pay for the upkeep and maintenance of the vehicles they drove daily. The new members also face extreme working hours that turn into a “froze over” status forcing them to continue working through shifts and even days off, often done so in a preferential style that served as punishment at times.

“The drivers want an IAM contract that not only contains wages, benefits and working conditions they’ve earned and deserve,” said Local 1943 President and Directing Business Representative Neil Douglas. “They also desperately want to have a voice in their daily working lives without facing retribution for requesting something as simple as a day off.”

Drivers were mired in stagnant wages, with a 10 percent pay cut six years ago with promises of returning it when RMB got through the recession. After a return to profitability, inquiries regarding pay were met with explanations that more pay would make them undependable employees.

“The more face-to-face we had with the drivers, it became obvious that these workers needed our union,” said Local 1943 Communicator Mike Burt. “Their wages and almost non-existence of benefits were just a small piece of the injustices they faced on a daily basis.”

The workers also dealt with an old school style of employer harassment during the campaign, but stuck together, with the support of Local 1943 members from the shop floor they encountered during work hours.

“I’m proud of our new members for their solidarity and the solidarity our members showed for them during the campaign,” continued Douglas. “Thanks go out to Communicator and Special Committeeman Mike Burt and Eastern Territory Communications Representative John Carr. Together they followed up the organizing lead, held meetings, face-to -ace discussions, sent letters and communications to the drivers, and built a unique in-plant network of our members and the drivers for the organizing effort. They worked continuously during the campaign to ensure there were zero breakdowns in the IAM’s visibility and presence, right up to the election day rally.”