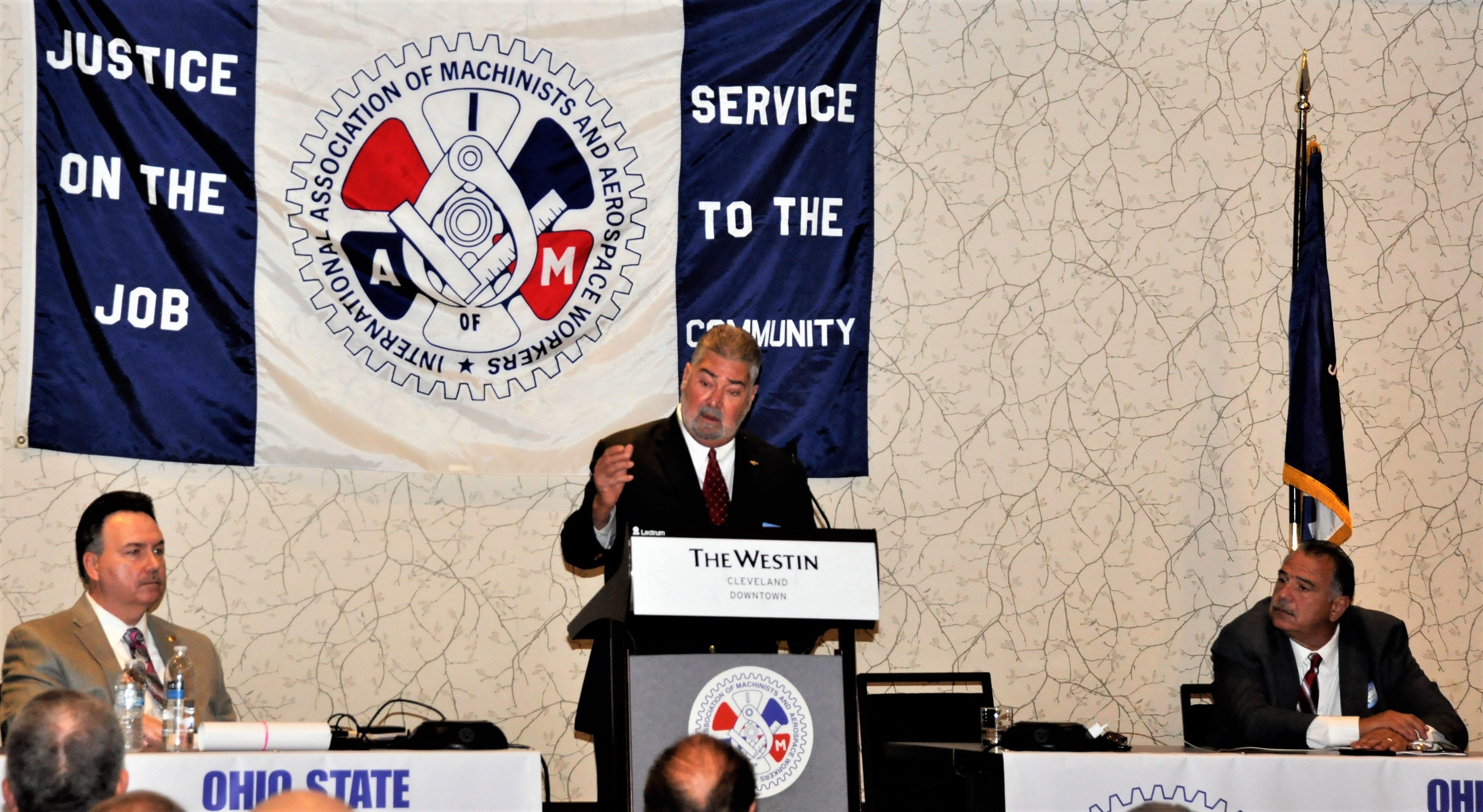 Delegates from across Ohio and West Virginia gathered in Cleveland last week for the annual Ohio State Council of Machinists (OSCM) meeting. A full house gathered to prepare for the 2020 elections.

OSCM President T. Dean Wright, Jr. set the tone early, explaining the foundations for how the labor movement has traditionally chosen candidates endorsed for elections—standing on the principals the IAM fights for every day, decent jobs, and a strong economy—only to have our own message “jobs and the economy” stolen from labor in the 2016 election.

“During my time in the labor movement, we have always sought candidates focused on our message of jobs and the economy. Why wouldn’t we?” said Wright. “Everyone, regardless of their gender, sexuality, race or religion, no matter how they identify wants a job! Not just any job, good jobs that provide for their families, with good benefits.”

Wright reminded delegates of the need to look for a candidate that prioritizes affordable healthcare, higher education and vocational training, a higher standard of living for U.S. citizens, and union and worker’s rights.

“Whoever we endorse will be held accountable on the issues that matter most to us,” said IAM International President Robert Martinez Jr., who spoke about the IAM’s new member-driven endorsement process. “These candidates are going to have to earn our trust and understand that 600,000 Fighting Machinists are watching, listening and voting.”

“Pension funds are in a crisis in the United States,” said Eastern Territory General Vice President Jimmy Conigliaro, Sr. “It’s something I worry about every day. I feel it is my responsibility to make sure our members don’t just get a pension now, but that they get it for life. The coming election will have a lasting effect on retirement plans, and I worry about that, too. Our members are being fooled by politicians that continue to make changes that hurt working families the most. If you take the handcuffs off of Wall Street, they can make a lot of money by taking bigger risks on the future of workers”