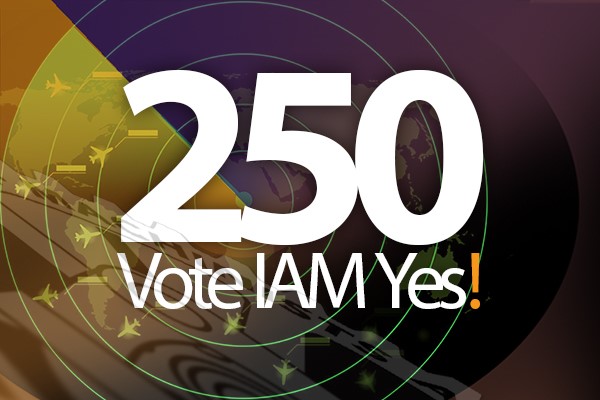 More than 280 air traffic controller instructors at SAIC in Oklahoma City, OK have voted overwhelmingly in favor of IAM representation. Workers cited job security, pay, and health and welfare benefits as reasons for seeking out the IAM.

“This is a tremendous victory for the workers of SAIC,” said Organizing Department Grand Lodge Representative Bob Anderson, who led the campaign. “Confronted with an aggressive anti-union campaign, they stood together and demanded better. Their union contract is going to provide them just that.”

Assisting the Organizing Department in the campaign was the IAM Aerospace Department, IAM District Lodge 171 in Enid, OK and IAM Local Lodge 850 in Oklahoma City, OK.

“Congratulations to everyone who played a role in making this victory happen,” said IAM Headquarters General Vice President Rickey Wallace. “The hard work put in by all involved is going to pay off in a big way for the workers of SAIC.”