One Base, Two Contracts 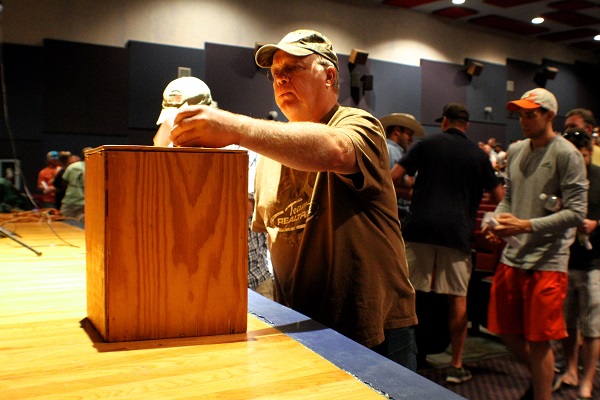 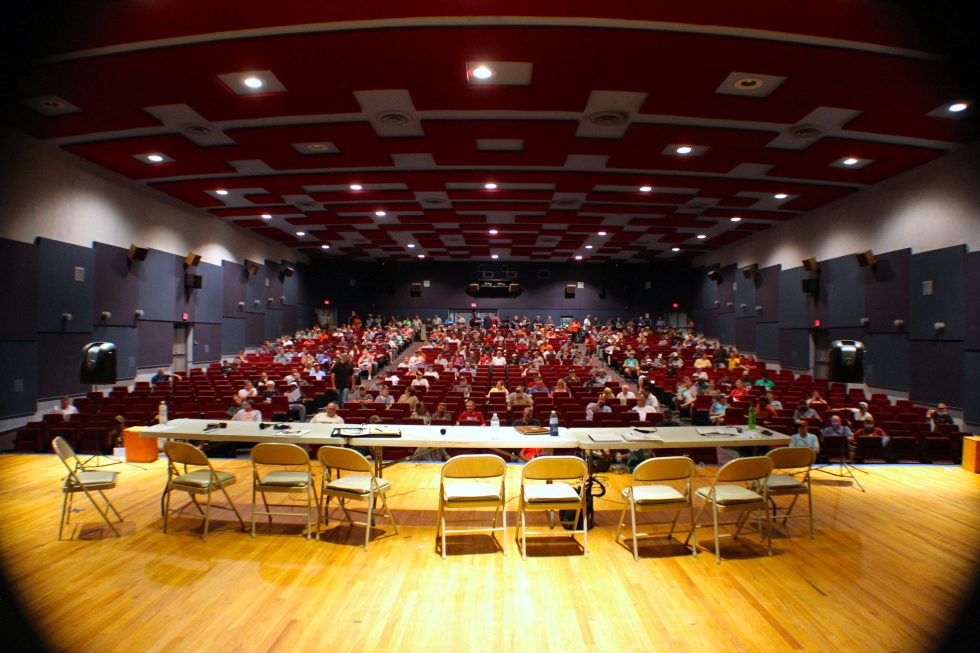 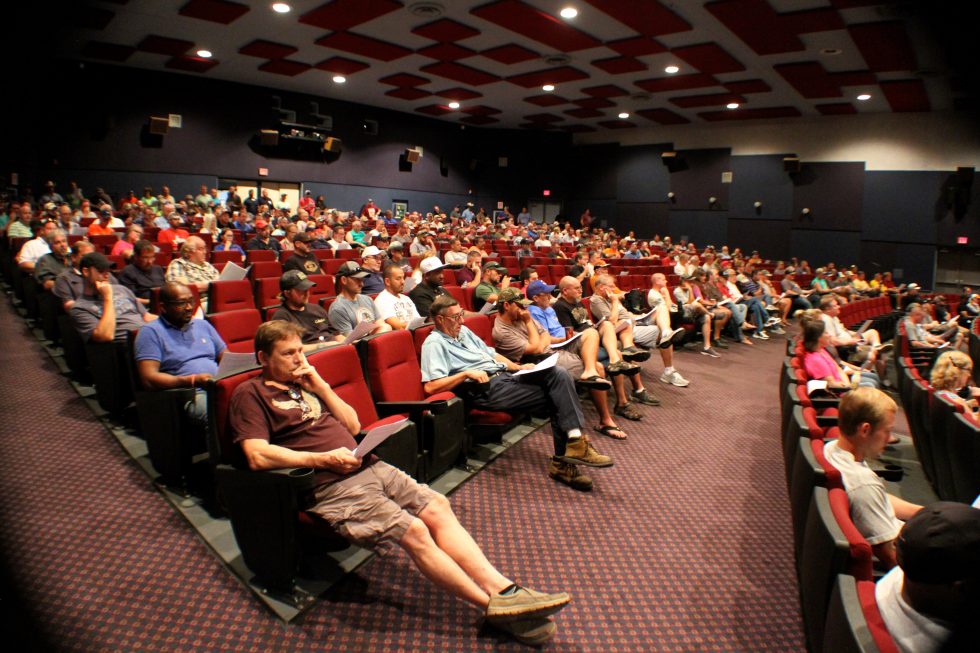 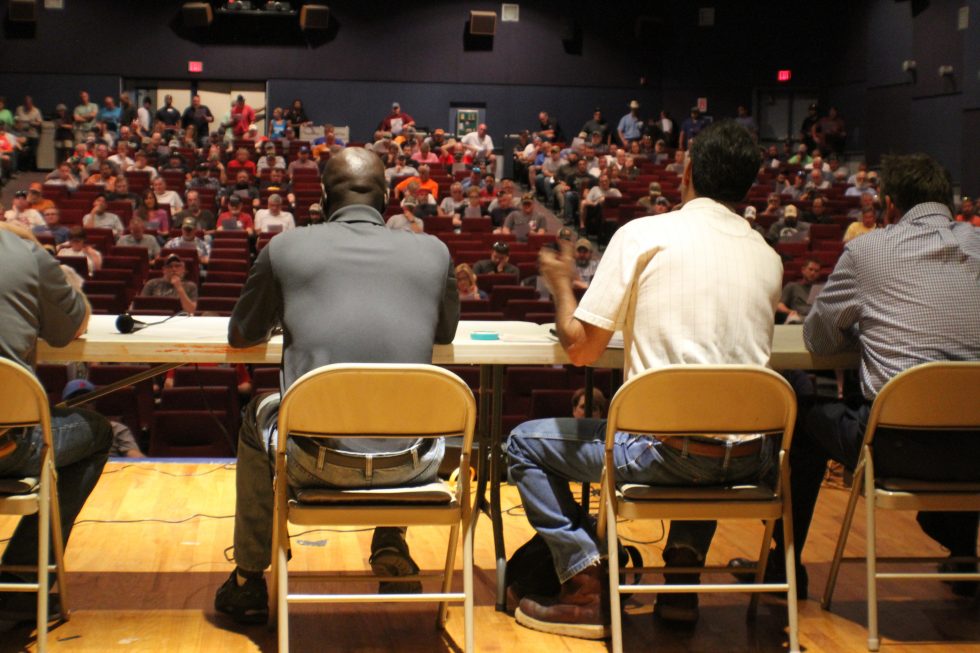 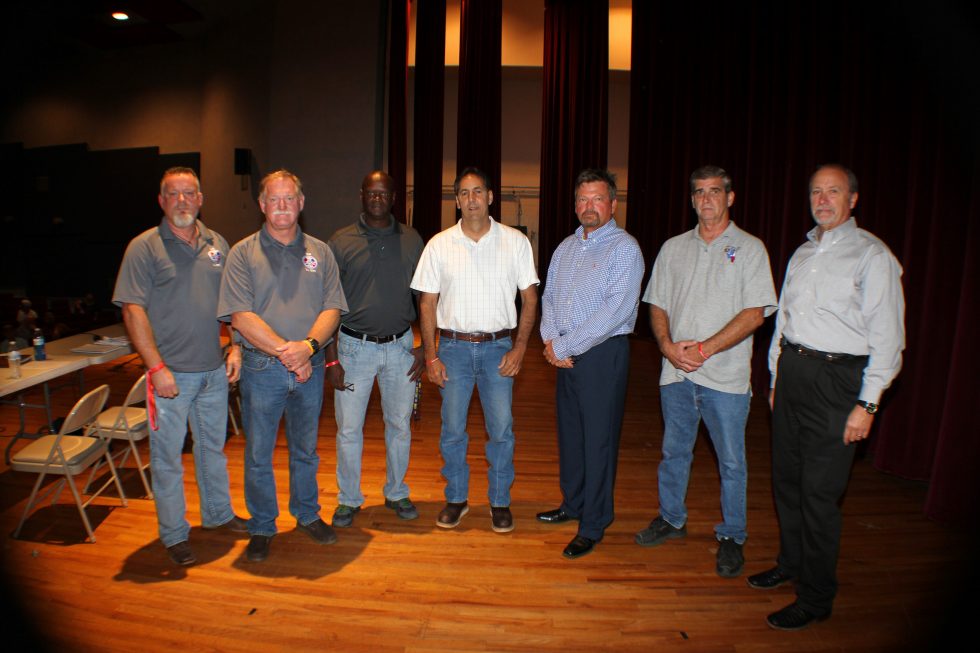 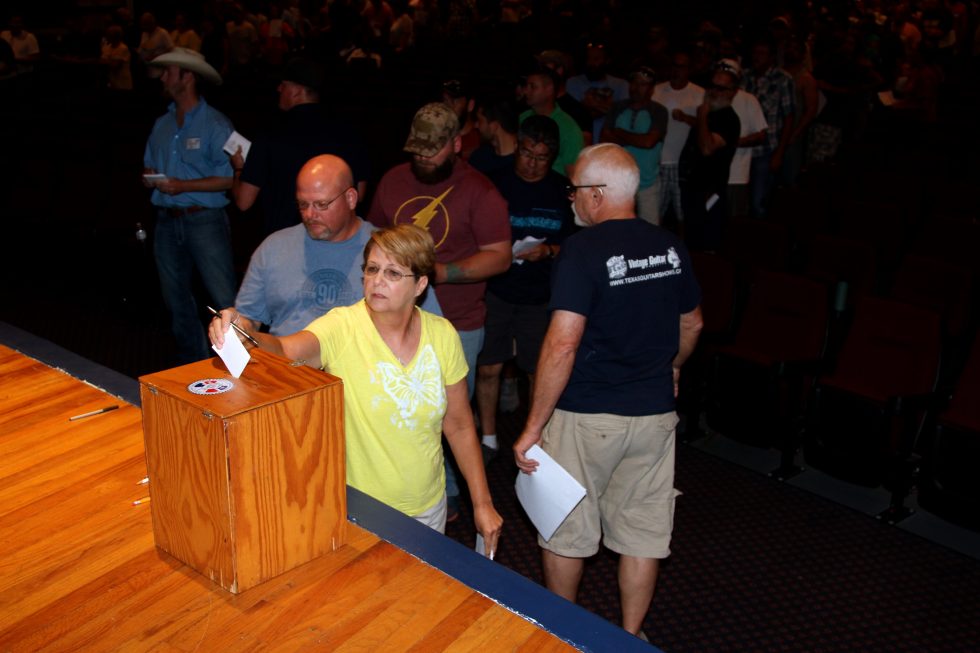 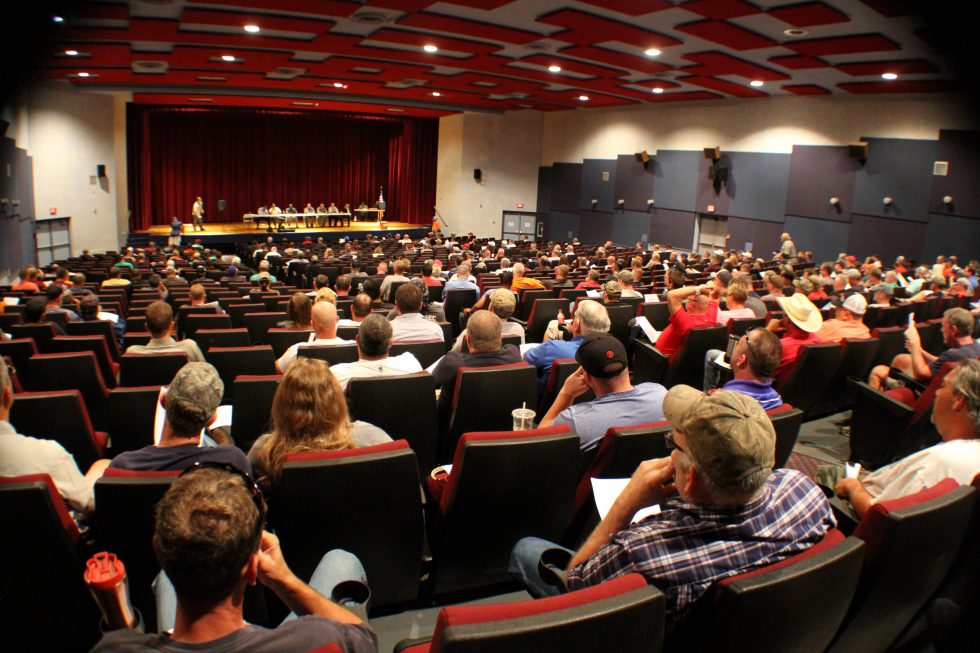 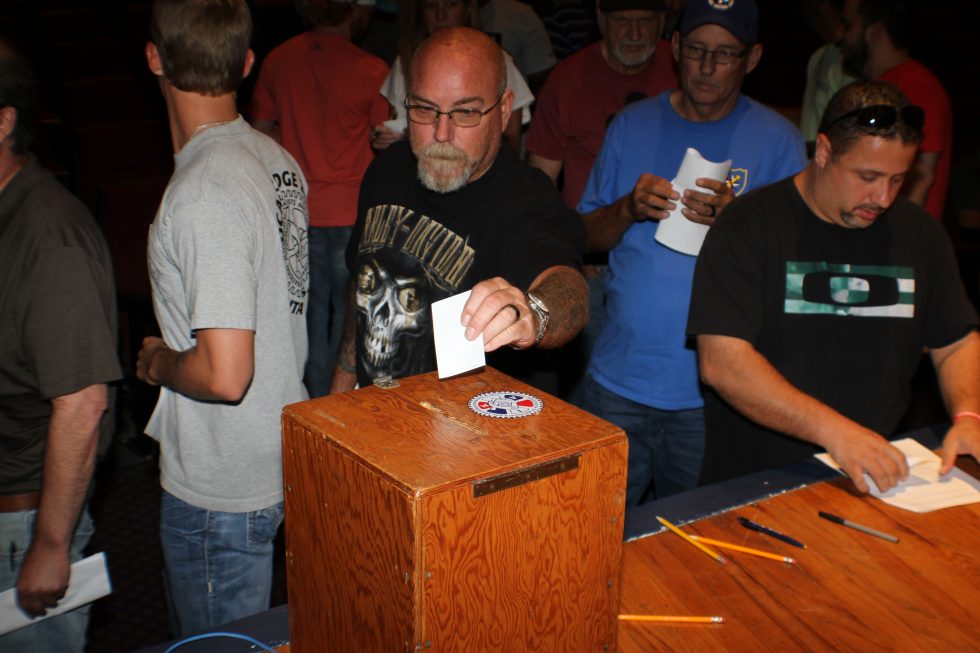 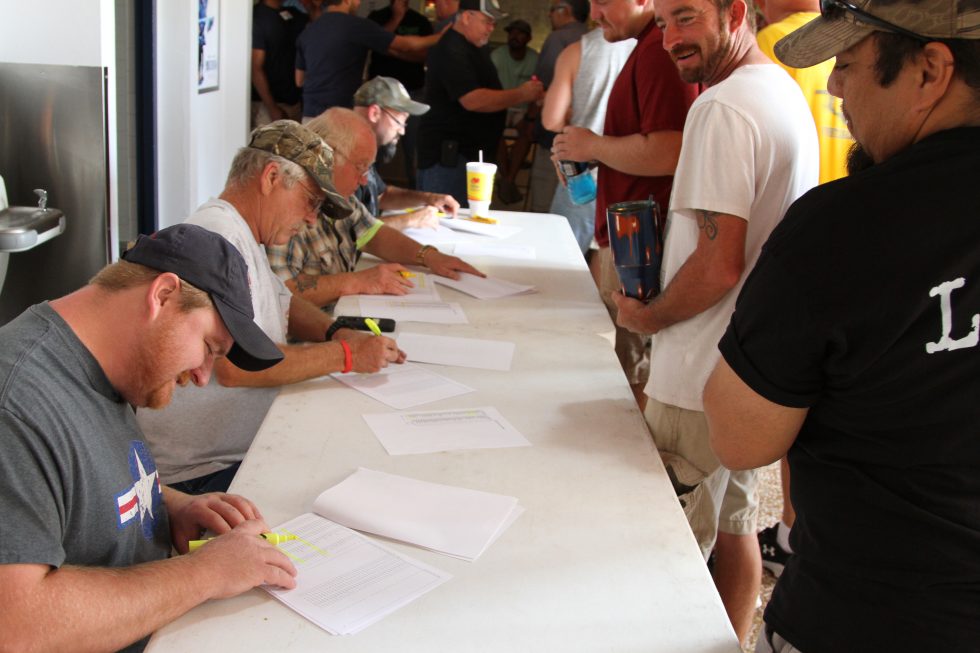 Both the Machinist contracts negotiated with M1 Support Services at Sheppard Air Force Base hit all the benchmarks of a good Union contract. The members who work there deserve the best the IAM has to offer. They have spent their career taking care of those who defend and protect the world.

“Like so many factions of the IAMAW, the work done by these members is incredible,” said Southern Territory General Vice President Mark Blondin. “Not only do we have a group of men and women taking care the of the aircraft used to train fighter pilots from around the world – in every corner of every NATO country – but we have a group right next to them ensuring that the aircraft used to train our next generation of U.S. Air Force is classroom ready. These are the stories of the working class that need to be told.”

One right after another, the Machinists first bargained the Sheppard Airforce Maintenance agreement, or what’s been coined the ‘SAM’ contract. A body of about 520 members who maintain the T38 and T6 aircrafts which are used for a joint program between the USA and NATO to train Jet Pilots around the globe. The SAT, or rather the Sheppard Airforce Trainer Contract, was next up. That’s a group of nearly 100 members who service all the aircraft used for U.S. Military members going through what’s called ‘A’ or technical schools. Looking at the numbers you quickly understand that neither job is an easy feat for those on the ground.

“We have 220 sorties (aircraft missions) flying a day. That’s 220 takeoffs and landings, and many more touch-and-gos. And unlike other airports that operate 24/7, Sheppard only runs from daylight to dark. Our members take care of each and every one of those aircraft,” said Bud Dulworth, a Business Representative for IAM District Lodge 776.

So everyone who took a seat at these bargaining tables were especially happy and honored to do so. Aerospace Coordinator Jody Bennett, a Machinist who literally cut his teeth on this U.S. Air Force Base, was among those smiling at the end of the day.

“I am proud to put my name on this contract. It’s one of the best I’ve ever seen,” said Bennett of the SAM Contract. “This committee took care of their co-workers first. They didn’t bring a personal agenda to the table. It was about taking care of the group.”

And because of that solidarity, the gains were good.

“We were able to get increases in wages, health care and pensions – all of those in spades,” said Aerospace Department Chief of Staff Terry Smith. “The pension was where the members really stand to benefit with increases from $2.70 to $3.50 per person, per hour for all three years of the contract. That can translate into thousands of dollars more at the end of your career.”

Bennett explained further. “A majority of the members in this group are less than seven years from retirement and that was something considered by the committee. If you do the math for those folks, that’s an extra $1000.00 a month for retirement, per month. That’s a ‘WOW’ moment.”

And similar gains were seen with the SAT Contract with 3.5 percent increases in wages, each year, for the three years. And an additional negotiated item that’s become almost an anecdote in this era of gigs instead of careers.

“For the workers who have put in at least 15 years of service on the job, they will see an extra week of vacation from now on, “ said Smith. “That’s something that really doesn’t happen these days.”

So how did this all come to fruition? How were these workers able to negotiate such great contracts? It’s because these men and women stood strong and worked hard…and the company knows their worth.

“We can’t let the story of these contract negotiations be misconstrued,” stated Blondin. “The IAM has a solid relationship with M1 Support Services, who understands the value of IAM workers. But these working Americans, earned each and every benefit they negotiated. They worked hard and stood in solidarity. This is the power of Collective Bargaining with the Machinists Union – to stand together and negotiate great contracts, backed by an organization whose reputation precedes them at the table. Stronger wages, health care benefits and pensions is the bar for us. Nothing else is acceptable at tables in the South.”

Dulworth is thrilled to see these members reap the benefits for their decades of hard work at Sheppard. “This is the best contract I’ve ever seen with no takeaways,” said Dulworth. “And these men and women deserve nothing less.”