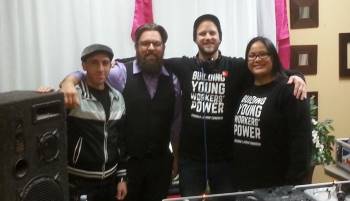 The event featured a Seven-card stud game for all participants, door prizes, DJ music and prizes for the best moustache.