Our Fight to Save Red River Army Depot 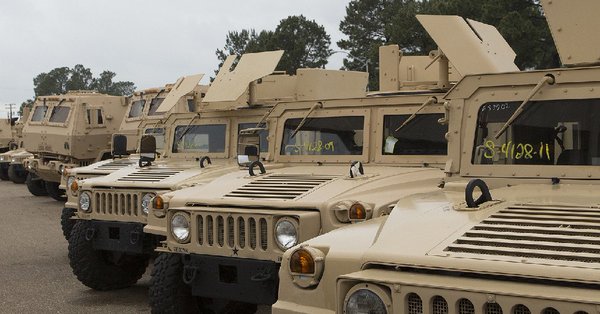 The fight to save jobs at Red River Army Depot (RRAD) in Texarkana, TX is far from over. Behind the scenes, the IAMAW has been doing all it can to secure the future for the hard-working men and women who have made this depot the Army’s primary location for ground and tactical systems maintenance operations.

“The IAM is deploying every resource necessary to save these jobs and preserve the important mission of Red River Army Depot,” said IAM International President Bob Martinez. “I want every member and the entire community to know that we will continue to have their backs.”

One of the most recent steps taken was by IAM Local Lodge 1243, a unit populated by RRAD workers and located just down the street. The lodge commissioned a study from the University of Arkansas showing the devastating effect the loss of this depot will have on the region and the surrounding states. The results of that study were the subject of an article recently published in the local newspaper, The Texarkana Gazette.

Nearly 600 NFFE-IAM members have been laid off at Red River. Another round of workers are slated to lose their jobs by the end of August with the release of nearly 100 term government employees and close to 200 contractors, according to information released by RRAD.

“The numbers in the study speak for themselves. Closing Red River is going to literally change the landscape in the area of Texarkana.  It will cost the welfare of hundreds of union members and their families who have given decades to the job. But if that isn’t enough, this is going to be a financial drain in the millions for the region, in all the surrounding states. This isn’t about just saving union jobs.  This is about saving entire communities,” said IAM’s Southern Territory General Vice President Mark A. Blondin.

Read the University of Arkansas study.

And that’s why the NFFE-IAM Legislative Team took this issue all the way to Capitol Hill where they are meeting with U.S. Senators and Representatives to build support for keeping Red River open. These face-to-face discussions led to a group of Senators from Texas, Arkansas and Oklahoma to write a joint letter to the Commanding General of Army Materiel General Gustave F. Perna urging that RRAD be reassigned as the depot source of repair for a different program, the Armored Multi-Purpose Vehicle (AMPV).

The IAMAW is not going to stop fighting for the families in the Texarkana region but it can’t do it alone. The U.S. Government needs to do its part for the hundreds of thousands of citizens who call the Red River region “home” before it’s too late.