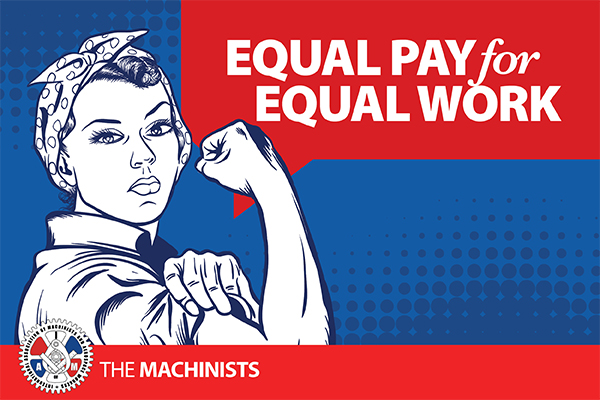 Today marks National Equal Pay Day, a marker for on average how far into the year a woman must work to earn what a man earned 2019.

On average in 2019, women were paid 22.6% less than men, according to the Economic Policy Institute.

The IAM has been a strong advocate for means to bridge the divide and give women equal pay in the workplace. That includes championing for the Paycheck Fairness Act (H.R. 7, S. 270). The legislation, which passed the House last year, would address loopholes in the Equal Pay Act of 1963, ensuring that employers pay women and men equally for equal work.

The pay inequality is even larger for minorities, an issue with heighted attention during the COVID-19 pandemic.

Joining a union is seen as one way to bridge the divide. In 2016, women in unions were paid 23% higher than those not in a union, according to an EPI study.