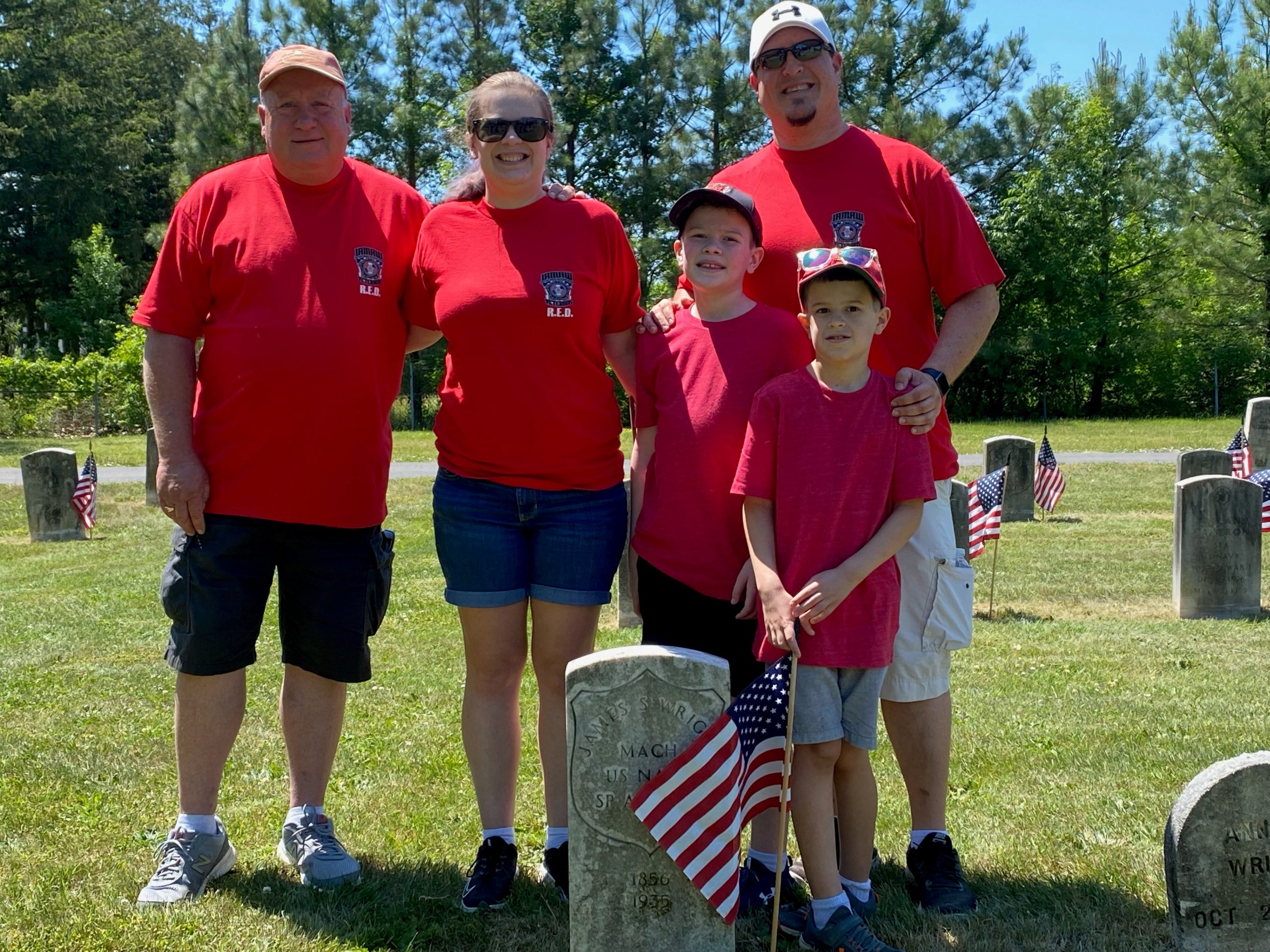 Tuesday a group of Maryland-based Machinists, including IAM District 4 Business Representative Mark Duval and IAM Eastern Territory Special Representative Bryan Stymacks, traveled to southern New Jersey to help cleanup and maintain the Veterans Memorial Cemetery in the town of Vineland, a burial site that’s more than a century-old. The area, which is also known as Soldiers Home Cemetery, is dotted with at least 500 white marble headstones. Some of the graves belong to soldiers that served in legendary combat theaters.

“Some of the guys had fought in the Spanish-American War and most were World War I veterans,” said Duval, who served in the U.S. Navy from 1981 to 1987. “It was an honor to be there and help take care of them.”

Stymacks, a former U.S. Marine, was excited to participate in the event which was sponsored by the New Jersey AFL-CIO Union Veterans Council.

“As a veteran I always like to take time to appreciate those that wore the uniform before me, to understand the history of our nation and the sacrifices that those brave men and women made,” said Stymacks, who served in Iraq. “It felt good to give back a bit of my time in their service and honor them by cleaning up the cemetery. It really felt like I almost owed it to them, a way of saying thank you.”

Stymacks brought his two young sons to the event where they spent several hours picking up debris, wiping headstones and placing American flags at gravesites.

“I love bringing my boys to events like this. It gives us time to talk about things like honor, duty, sacrifice, and respect,” said Stymacks. “They weren’t born yet while I was in the service but they know how much that time meant to me, so when we go do things like wreath laying or cleanup projects together they really give it their all. It makes me proud to see them so willing to give their time to honor our veterans.”

Duval, who served in the military during the Beirut-Lebanon crisis, was honored to help restore the gravesites, a task he’s done previously at Arlington National Cemetery. He says the headstones were worn down and in dire need of cleaning.

“We went through and sprayed them with a special solution. We scrubbed them with some soft brushes. They are very old markers so we had to be very careful,” said Duval. “We then put some water on them from a hose and slightly watered them and then resprayed them.”

Stymacks said more than 20 union leaders, ranging from the AFSCME to the IBEW, attended the cleanup. He urges other patriotic Machinists to volunteer at similar events in their local community.

“I would definitely encourage more of our union family to get out and participate in these events,” said Stymacks. “It was so humbling to walk between the graves of so many brave men and women that fought for our country. Especially at this location where most of the graves dated back to the 1880’s and early 1900’s.”

Duval says the event was successful but expects additional cleaning and repairs in the future.

“It’s going to have to be done every year for years,” said Duval. “But I enjoyed it. I like doing that kind of volunteer work. I’m always interested in doing anything for veterans.”