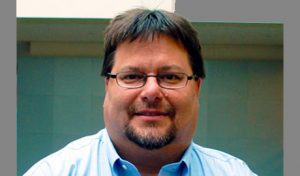 Paul Kendall, a 24-year IAM member and a Grand Lodge Auditor since 2000, has been appointed Chief of Staff to General Secretary-Treasurer Dora Cervantes. The appointment is effective October 1, 2016.

“We’re excited to add someone as knowledgeable and experienced as Paul to our GST team,” said Cervantes. “His expertise will serve our membership well, just as it has for more than 15 years in the field assisting Districts and Locals across our union.”

Kendall joined IAM Local 475 in Grand Rapids, MI when he took a job at Cummins of Michigan Parts and Service in 1992. He became Secretary-Treasurer of his Local in 1993, then served in the same position at IAM District 97. He also served as a Shop Steward and on the Shop and Negotiating Committees, as well as a Delegate to the Michigan Machinists Council.

Kendall has taught the Financial Officers class at the Winpisinger Center, and attended many classes himself. He holds an associate’s in general education and is completing a bachelor’s in forensic accounting at Davenport University.