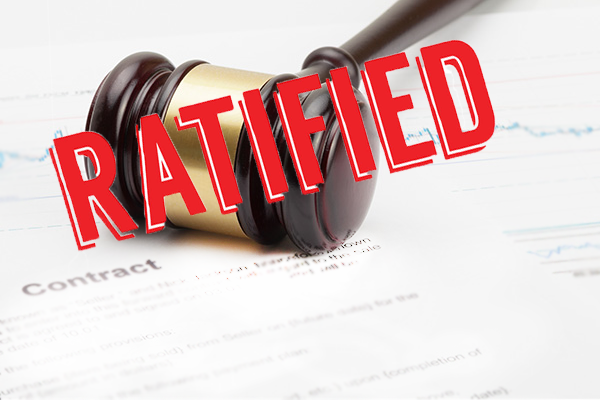 “We were able to put to use all the tools available to us as IAM members for this negotiations,” said District 98 Assistant Directing Business Representative Tim Buck. “We conducted a bargaining survey, attended negotiations prep class, printed a negotiations handbook for the membership and made solidarity t-shirts. Each of these were beneficial to a successful negotiations.”

“A huge thank you to the membership, the bargaining committee and all those who had a hand in helping with these negotiations,” said District 98 Directing Business Representative Robert Miller. “From the member activism on the shop floor to the readiness of the bargaining committee, this group was determined to get a good contract, and they did. Special thanks to ADBR Buck for preparing everyone for the round of bargaining.”

“We are very proud of the solidarity that was shown by these Sisters and Brothers,” said IAM Eastern Territory General Vice President Jimmy Conigliaro Sr. “Unions work best when all members are involved at every level. Wearing their union shirts on a certain day sent a clear message of solidarity to the company. Without a doubt, these actions helped the bargaining committee at the table.”