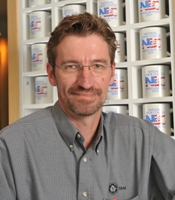 Scranton, PA, Local 847 member Michael Poch has been awarded a $3,200 Union Plus Scholarship to attend the National Labor College (NLC) at the George Meany Campus in Silver Spring, MD.

A crane electrician at General Dynamics in Scranton, Poch serves the membership of Local 847 as a Steward and Educator. His involvement in the union led him to attend classes at the IAM’s William W. Winpisinger Education & Technology Center, where he earned college credits and moved closer to completing his goal of a Bachelor of Arts in Labor Studies.

While credits earned from classes at the Winpisinger Center brought him closer to his goal, the cost of tuition for the remaining courses needed at the NLC was keeping him from achieving it. That is, until he won the Union Plus Scholarship.

“If it weren’t for the IAM, I wouldn’t have gotten this far,” said Poch. “And now, Union Plus has made it possible for me to fulfill my dream. I am so thankful,” said Poch.

Since its creation in 2002, the Union Plus NLC Scholarship Program has provided more than $190,000 in scholarships to some 150 recipients. The NLC is the nation’s only accredited college exclusively dedicated to educating union members, leaders and staff.