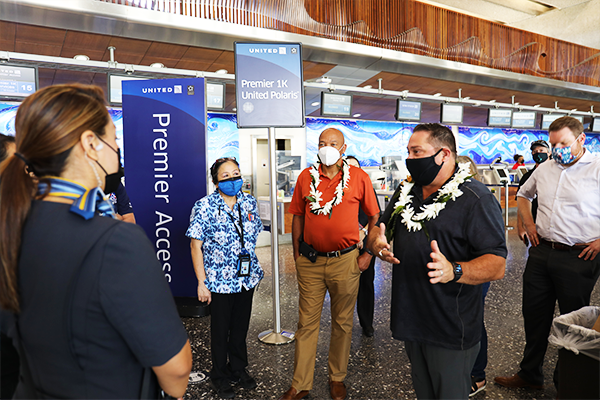 President Biden spoke from the White House about a new plan to keep pressure on U.S. supply chains, during which he thanked Machinists Union members and other transportation workers on the front lines.

The IAM has long called for investment in the transportation industry that benefits workers, passengers and consumers, as well as Buy American regulations that strengthen supply chains, especially during global crises like a pandemic. The IAM is in full support of the Bipartisan Infrastructure Bill and the Build Back Better Act, which would provide historic investments in the airline, transit, aerospace, manufacturing and other critical industries.

“President Biden recognizes the critical role our members have in keeping America and the world moving,” said Richard Johnsen, Chief of Staff to the International President. “The President knows that working men and women are the vital component in our supply chains, and that our members are working hard and remain committed to the job at hand.”

The IAM is the largest transportation union in North America, including in the airlines and freight and commuter railroads.