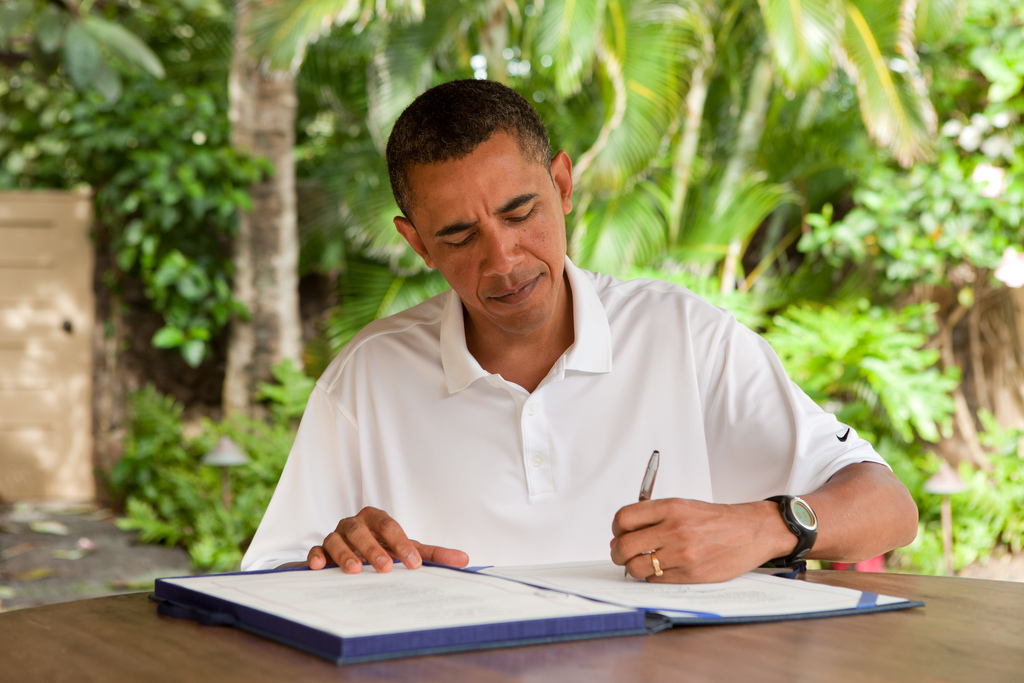 Because President Obama had just 10 days to sign the Zadroga bill after its Dec.22 passage, he did so while on vacation in Hawaii.  (Official White House Photo by Pete Souza)

The $4.3 billion measure, named after a police officer who died of respiratory disease contracted during 9/11 rescue operations, will be funded by fees levied on foreign companies that get U.S. government procurement contracts in countries that have not signed the World Trade Organization Government Procurement Agreement.

Republicans threatened to filibuster the bill and blocked an earlier vote, but the measure passed in the last days of the 111th Congress. Democratic Senators Chuck Schumer and Kirsten Gillibrand of New York called the passage a “Christmas miracle,” as supporters have noted that help for the 9/11 workers would have been less likely with Republicans now taking over the House.

“Finally,” said IAM International President Tom Buffenbarger, “the firefighters, police officers, construction workers, other responders and emergency workers – the heroes -who became ill from the toxic fumes that burst from the wreckage of 9/11 will finally get the help they deserve.”

The Machinists Union is a long-time supporter of 9/11 workers. In 2002, the IAM produced a documentary, Everyday Heroes, which tells the story of the workers who risked their lives in the aftermath of the 9/11 attacks. Proceeds of the documentary have gone to treat workers sickened and injured in rescue and recovery efforts.