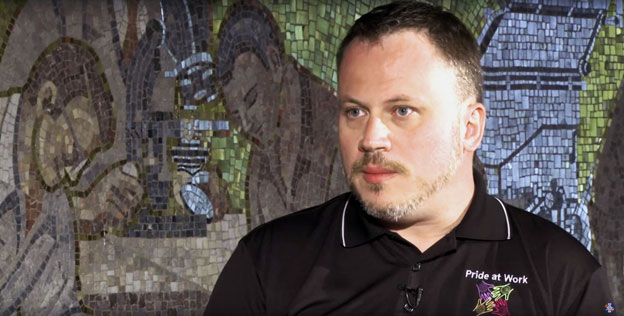 Pride at Work Executive Director Jerame Davis talks about the Equality Act and some of the other issues facing the LGBT community.

The U.S. Supreme Court ruled in favor of marriage equality in June but LGBT Americans can still be fired for their sexual orientation in an alarming number of states.

Ensuring equality in the workplace is the new main concern for Jerame Davis, executive director of Pride at Work, an AFL-CIO constituency group that organizes mutual support between organized labor and the lesbian, gay, bisexual and transgender (LGBT) community.

“In 29 states gay, lesbian and bisexual people can be fired,” said Davis. “And in 33 states if you’re transgender.”

With the urging and support of Pride at Work and other activist organizations, a group of legislators introduced the Equality Act, which would strengthen the Employment Non-Discrimination Act by including LGBT workers.

Davis knows that there is still much to be done in creating true equality for everyone in the workplace and in society, but he is pleased with the progress he has seen in his 15 years as a LGBT activist.

Become a member of Pride at Work by visiting their website.