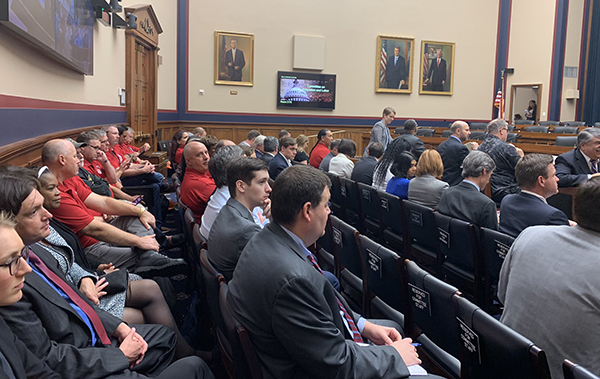 Members of the Congressional House Committee on Education and Labor held a hearing last week to introduce comprehensive legislation to strengthen protections for workers’ right to organize a union and bargain for higher wages, better benefits, and safer working conditions. This legislation is known as the Protecting the Right to Organize (PRO) Act. The PRO Act was introduced with 100 House cosponsors, and 40 Senate cosponsors.

Specifically, the PRO Act would:

“The PRO Act is long overdue,” said Machinists Union International President Robert Martinez Jr. “If this legislation was in place today, it would help IAM campaigns like the current IAM Delta campaign, IAM members at Boeing South Carolina, Precision Castparts, and so many others. I commend the sponsors for advocating for worker freedom and strengthing our labor laws.”

IAM members are here on Capitol Hill to watch a hearing on the #PROAct, a labor law reform bill that would help turn the tide back toward working people. #IAMLegConf19