Puzder Out: Collective Action Leads to Victory for Workers 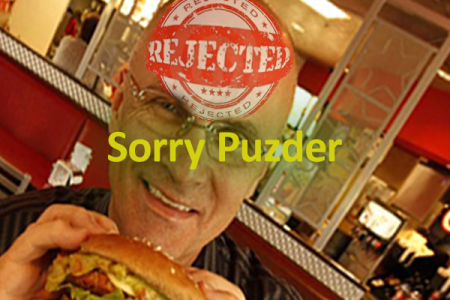 Pressure applied to the Senate from workers across the U.S paid off yesterday, when Andrew Puzder withdrew as the labor secretary nominee. Ultimately, it was the advocacy of union workers, including many IAM members, calling and writing their elected that kept the fast food CEO from being confirmed.

IAM International President Bob Martinez sent a letter urging senators to vote no on Puzder’s confirmation prior to his withdrawal.

“Unfortunately, few nominees have been so unqualified and had so little regard for workers as Mr. Puzder,” said Martinez. “Labor Department data shows wage violations in approximately 60 percent of his restaurants, and sexual harrassment of women in his restaurants runs significantly higher than the industry average.

“While Mr. Puzder has stated that workers have ‘too many protections,’ these regulations can have life and death consequences. OSHA, an agency that comes under the Labor Secretary’s purview, has reported that 4,836 workers died on the job in 2015. Given Mr. Puzder’s statements, we are very concerned that the number of workplace fatalities would only go up if he were confirmed as Labor Secretary.”

It seems the White House has taken notice of the dissent and today announced former National Labor Relations Board member Alexander Acosta as the new labor secretary nominee.