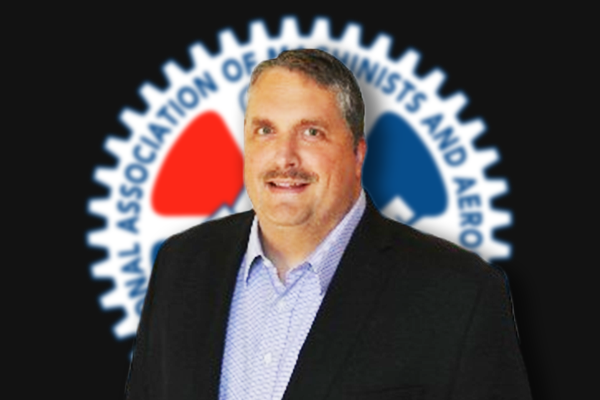 IAM International President Robert Martinez Jr. announced the appointment of Railroad District 19 Assistant Directing General Chair Andrew Sandberg to serve on the IAM Law Committee.“For nearly three decades, Andrew Sandberg has been a dedicated union activist and leader in the rail community. He is a third generation union member who believes and fights for economic, political and social justice for all workers,” said Martinez.  “His experience and insight will help the IAM Law Committee move our union into the future. He will be an asset to all of the 2022 Grand Lodge Convention delegates.”

After 12 years with the United Auto Workers (UAW), Sandberg joined IAM Local 754 on Long Island, NY where he worked as a machinist for the Long Island Rail Road. Starting as a trustee in his home local, followed by an election to Local Chairman in 2007, it was in 2011 when he was elected as the General Chairman and has overseen 19 unique railroad contracts, he was promoted to his current role in 2017 which included appointment to District 19 Educator.

In 2019, a personal career highlight happened when he testified before Congress on Precision Scheduled Railroading, a management concept which can hurt railroad workforce development. He continues to use his testimony to advocate for rail workers across the country.

Sandberg holds a bachelor of science degree in labor studies from Empire State College and numerous leadership certificates from the William W. Winpisinger Education and Technology Center. During his IAM career, he has been elected as a delegate to the 2008, 2012, 2016 and 2020 IAM Grand Lodge Conventions and to the AFL-CIO’s Long Island Federation of Labor and the New York State Council of Machinists.