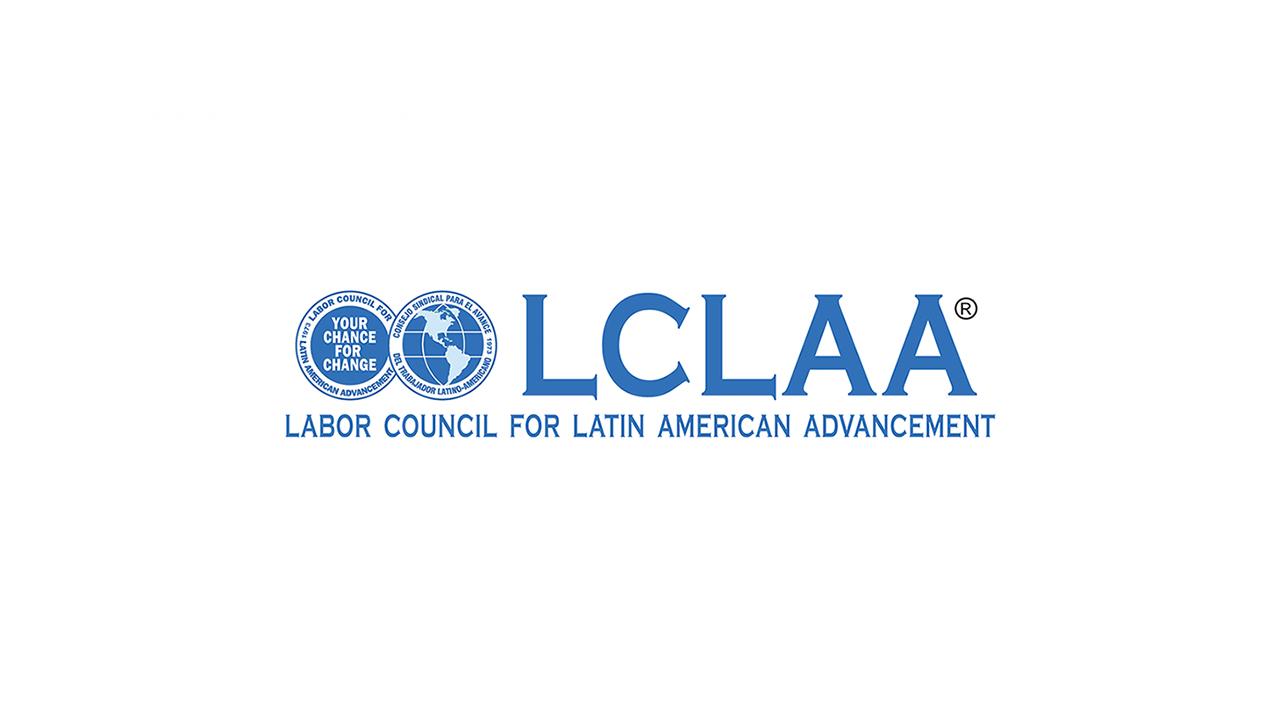 The Labor Council for Latin American Advancement (LCLAA) will be holding its 23rd National Membership Convention on August 4-6, 2021 at the Luxor Hotel in Las Vegas. Register now to reserve you spot at the convention.

The cut-off date to secure the group rate at the hotel is Tuesday, July 13.

The COVID-19 crisis has brought to light that most communities are hurting, but not equally. The data clearly shows that communities of color, including children, continue to be on the front lines of vulnerability. For this reason, the LCLLA National Convention is titled “El Futuro De Nuestra Comunidad – Cultivating the Groundwork for an Equitable and Just Recovery.”

The delegation will strategically work on the priorities of Latino and immigrant workers in the nation and explore, discuss and begin to create a framework that leads to a just and equitable recovery.

LCLAA was born in 1972 out of the need to educate, organize and mobilize Latinos in the labor movement and has expanded its influence to organize Latinos in an effort to impact workers’ rights and their influence in the political process. LCLAA represents the interest of more than 2 million Latino workers in the American Federation of Labor-Congress of Industrial Organizations (AFL-CIO), The Change to Win Federation, Independent Unions and all its membership.