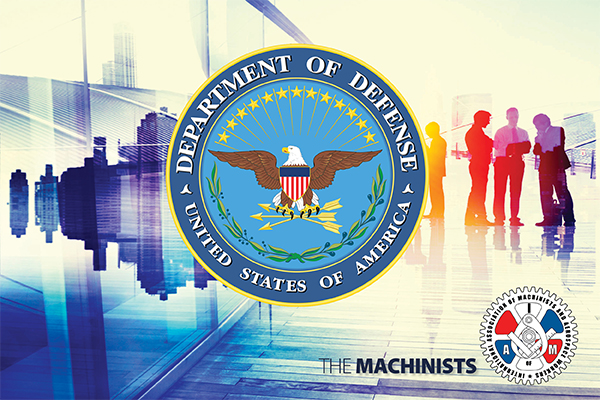 The Trump administration floating the possibility of removing collective bargaining rights for Department of Defense personnel is an unjust attack on federal employees, many of whom are military veterans, said IAM International President Robert Martinez Jr.

“The president steadily touts a pro-veteran platform, but removing the rights of veterans at the Defense Department should make many question whether his support for the brave men and women who served this nation is just an empty promise,” said Martinez, a U.S. Navy veteran. “These are men and women who sacrificed a lot for this great nation. We don’t honor them by stripping their rights. Removing their right to collectively bargain is blatantly wrong and promises to have a negative impact on the morale within a department so vital to our nation’s security.”

The Department of Defense employs 324,253 veterans, which is about 48 percent of the total civilian workforce, according to the U.S. Office of Personnel Management (OPM). Many of those workers are represented by the IAM and other labor unions.

The administration in late January disseminated a memo that outlines a means for Defense Secretary Mark Esper to have the authority to exclude Pentagon “agencies or subdivisions thereof” from the law guaranteeing federal workers the right to unionize, citing the need for “flexibility,” according to a Feb. 8 article by Government Executive.